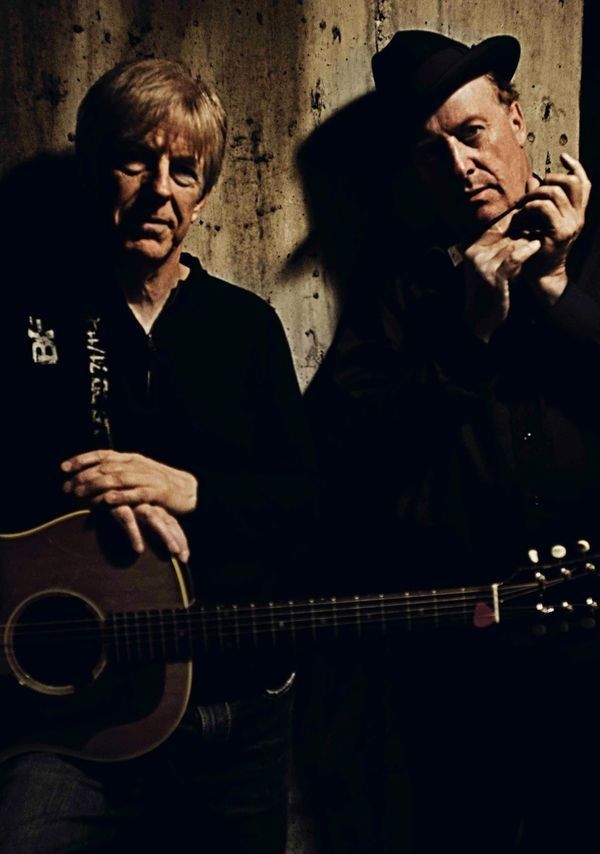 The duo first appeared in 2010 at a sold-out concert in Deep Cove, BC. The enthusiastic audience response convinced both virtuosi to build on the momentum and additional concerts only strengthened that resolve. Tours in Europe in 2013 and 2015 made it even more evident that a major act was blossoming.  The concerts are getting bigger and the repertoire more interesting with original tunes as well as ear-catching arrangements of standard tunes from many genres.

He has appeared on Late Night with David Letterman, The Tonight Show with Jay Leno, Saturday Night Live, The Arsenio Hall Show, The Grammy Awards, Juno Awards, Conan O’Brien, and many CBC shows.

He has penned numerous radio hits and has presented many guitar workshops.

Keith was “Harmonica Man” at Vancouver Canucks broadcasts for nearly a decade.

He has appeared with VSO, Supertramp, John Prine and played the character of Elwood of “Blues Brothers Revue” and he has recorded with countless top name artists.

He is listed in The Top 10 harmonica players at The World Competitions. 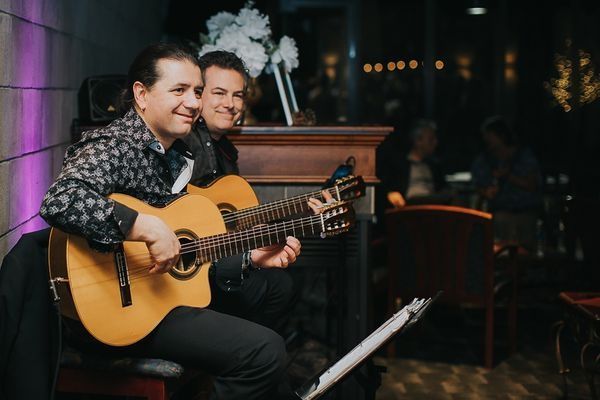 "The style is called Nouveau Flamenco and Langley acoustic guitarist John Gilliat is blazingly good at it. Light a candle, pour some camomile and don't wonder how he moves his hands so fast or you'll just stress."    John P. McLaughlin, The Vancouver Province Newspaper

When John Gilliat holds his acoustic guitar he holds technique and emotion in melodic balance and holds his audience in the palm of his hand.

John Gilliat has dedicated himself to a fiery, world beat fusion of Rumba Flamenco and Latin Jazz. This Westcoast Music Award Nominee has toured throughout North America and Japan. Performance highlights include representing Canada at Japan's 2005 Expo, performing at Canada's 2010 Winter Olympics and performing for Canada's former Prime Minister Jean Chretien. John's recordings have been used for radio, documentaries, TV and film in North America, Japan, Ireland and the UK.

In 1995, John won "Best Acoustic Guitar Performance" in the Music West Star Frets Competition. He won Vancouver's Unplugged Competition in 1996, in 1997 he became a finalist in Vancouver's Global Star Quest and in 2009 competed at the Montreal Jazz Festival winning the Grand Prize at the BOSS Loop Station 2009 Championship National Finals.

CD’s to follow were Peace, Christmas, a wonderful collection of holiday classics played on flamenco guitars, accompanied by bass and percussion, Beyond Boundaries for North America and Japan, Winter Strings, and How to play Fiery Rumba Flamenco Guitar.

Rossi is a Vancouver based multi-instrumentalist performing on Spanish guitar, Caribbean Steel Drum, and Vocals. His music incorporates a fusion of styles from Spanish Rumbas, Nuevo Flamenco, to Brazilian Jazz and Calypso. Rossi infuses the fiery sound of his Spanish guitar with the subtle and mellow sound of the Caribbean steel drum creating a unique new style that Rossi likes to call Contemporary Caribbean Fusion.

From gently flowing Bossa Novas to Fiery Rumbas and Caribbean favourites, Rossi’s repertoire is vibrant and entertaining, suitable for all occasions.

Rossi has performed and toured extensively in South Africa, Europe, and North America. He is now based in Vancouver, Canada where he performs at some of the most popular venues and festivals, sharing his passion for music and showcasing his ability to infuse world music at it’s best.