“To empower others to live authentic lives so that they can be inspired and adventurous in their creative work.”

It was the steel strings of James Taylor, Jim Croce, Gordon Lightfoot, and Paul Valdemar Horsdal (better known as Valdy) that my soul first resonated with. Music wasn’t something that was just pleasing to my ear, it reached into the deepest, most private corners of my being and gave those emotions, thoughts, and ideas a voice. More importantly, I experienced deeply those emotions, thoughts, and ideas.

Music has always been an integral part of my being. My mom tells me of a moment when I was very young (unfortunately, I don’t remember this), when I was off by myself listening to a band play at an outdoor stage while all the other kids were off playing somewhere else. I’m not sure where my interest in music came from. It had no source or beginning; it was just always there. 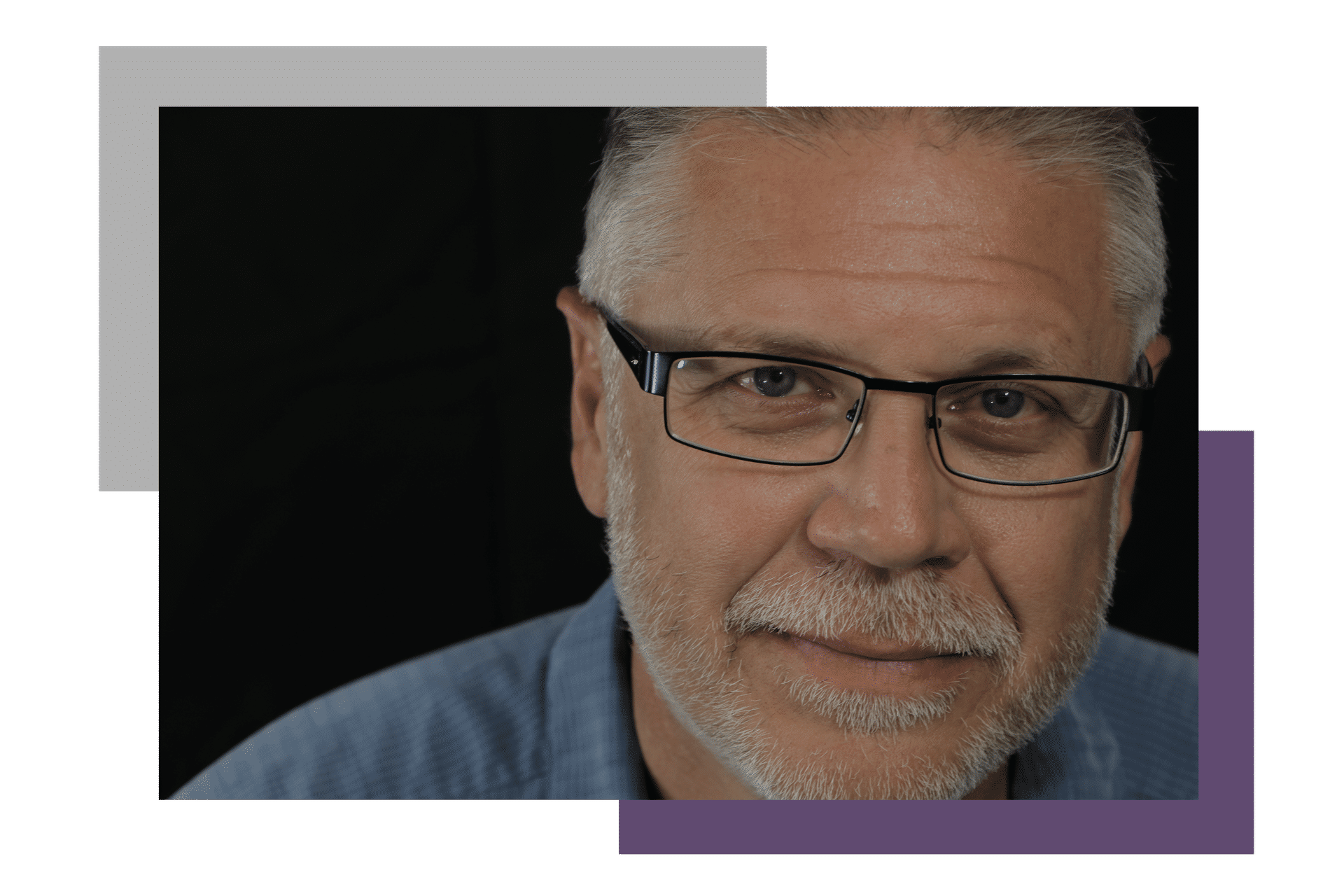 “Every next level of your life will demand a different you.” 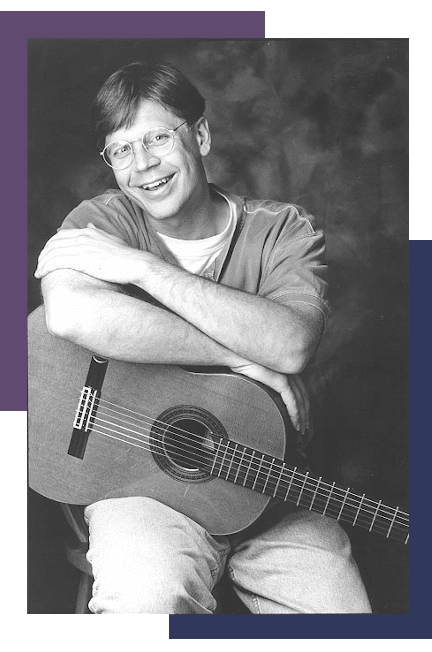 I recall listening to Julian Bream recordings and being fascinated by all the different orchestral colours he could conjure out of the instrument. I remember attending a house concert in Kitsilano and the soundscapes that the guitar painted, the emotions that came from such a small instrument was so powerful that it captivated a packed living room of gobsmacked ears. I also think back to when I presented a barefoot, classical and acoustic fingerstyle guitarist at the university where I was teaching. The stories and energy that came out of the instrument had everyone grooving, laughing, bobbing their heads, and tapping their toes.

But I have also been drawn to the other arts. I think back to when my junior high drama teacher took three of us to watch an outdoor presentation of A Funny Thing Happened on the Way to the Forum in the courtyard of Corbett Hall at the University of Alberta. Barter Theatre allowed patrons to pay in whatever currency they could present. I thought it was hilarious that you could negotiate your admittance with a case of beer or, as in my case, two dozen homemade chocolate chip cookies. Although I don’t remember much about the play, I do remember the costumes, the lights, the stage, and most importantly, the energy of the evening. It was exciting. Magical. There began a lifelong love affair with the theatre.

"To be yourself in a world that is constantly trying to make you something else is the greatest accomplishment."

As years passed, I also became fascinated with art, particular sculpture. It wasn’t just the fact that it was aesthetically pleasing to my eye, it was the energy and the stories or, more often than not, the politics behind the works that captivated my attention. Touring Rodin’s home and gardens in Paris was mesmerizing. Although the context gave the work meaning, it was the artist’s craft that gave the work life. How someone can make metal or stone appear to move and express what no words can say still captivates yet boggles my mind.

Nonetheless, music has always been my first love. It has been my escape and my medicine. It has been my refuge. For me, the classical and acoustic fingerstyle guitar became my voice, but it took a while to realise it. Initially, when I was ten years old, I wanted to study classical guitar, but I ended up taking lessons in popular music. Thirteen years later I was studying jazz fingerstyle guitar and my instructor suggested I study classical guitar in order to advance my technique. The rest, as they say, is history. 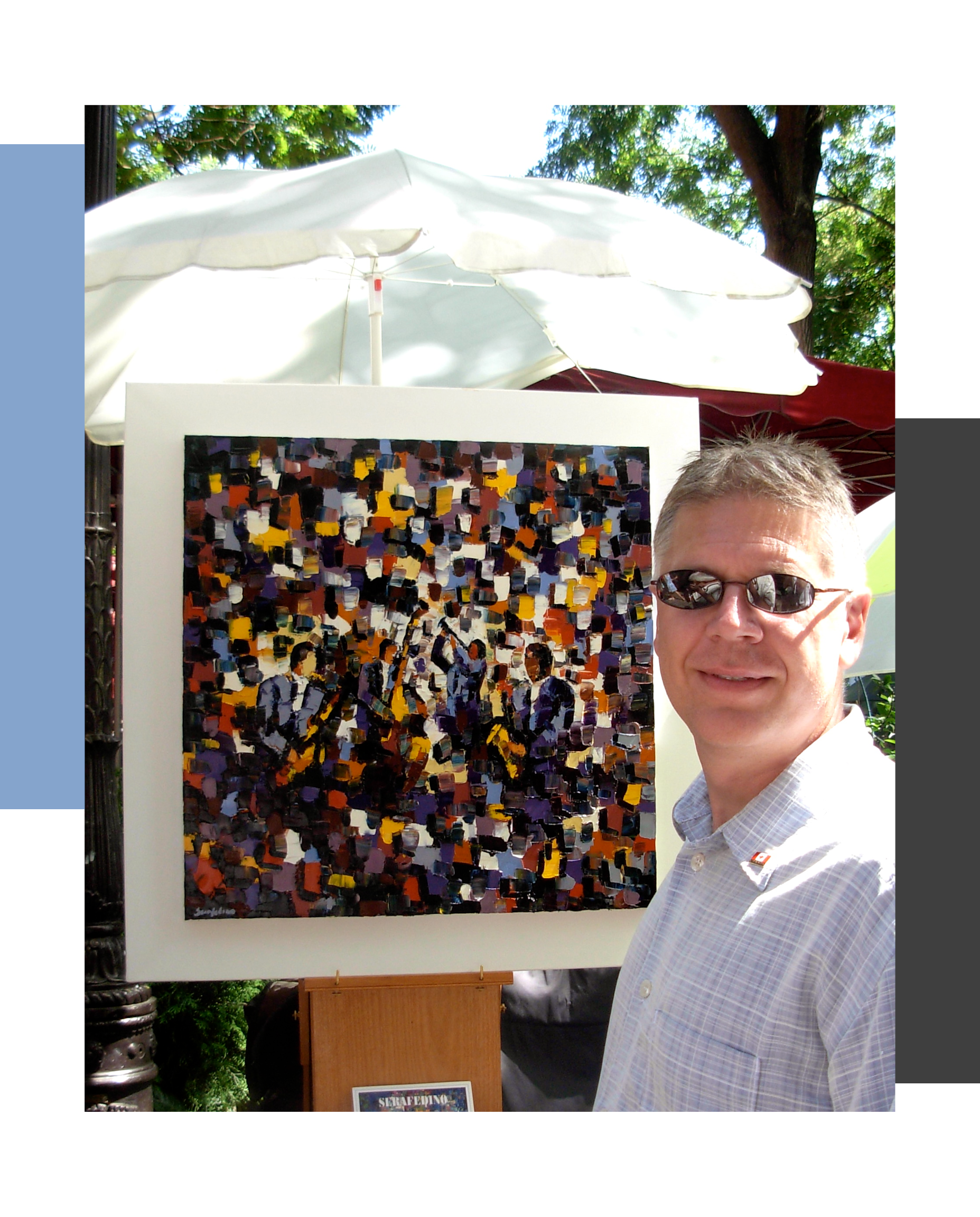 "You have to take an active role in your life, not a passive one. Don't think and act like life is just happening to you and you have to accept it. Start taking creative control." 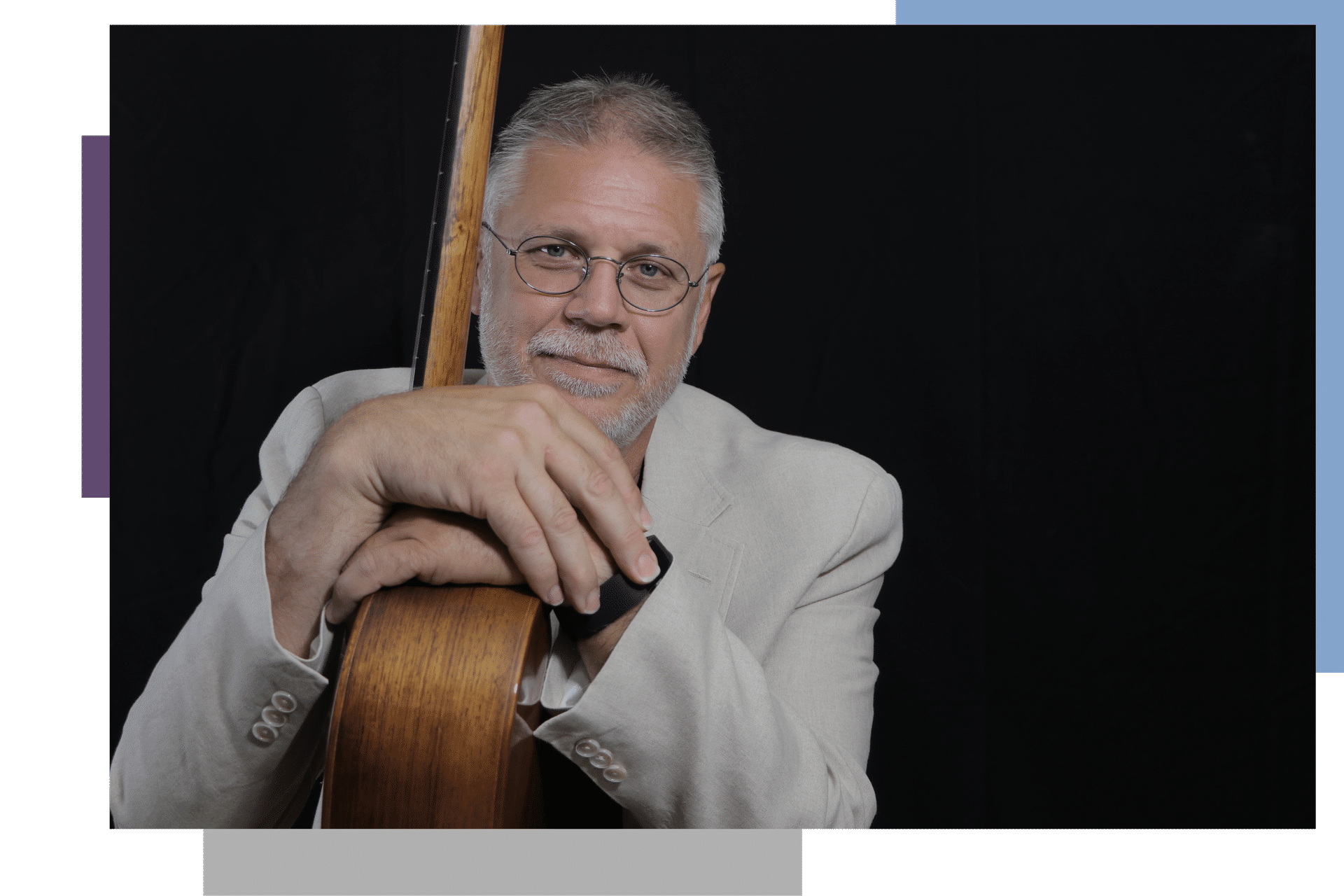 I was one of two individuals to be the first to graduate in Western Canada with a performance degree in classical guitar from the University of British Columbia.  Since then, the classical guitar world has exploded and as much as I admire those who thrive in the spotlight—and I also love to play—, I recognize that my skills and gifts are greater in helping others find their own musical voice and creative path.

I’ve never been comfortable in the spotlight. In fact, I much prefer shining the light on others. I have always been amazed and fascinated at just how much work that goes on behind the scenes, whether it be presenting a concert, hosting an art show, or staging a play. No one truly realises how many people are involved, nor appreciate all the work and thought that go on to make something happen, except those, of course, that work behind the scenes.

"What you must dare is to be yourself."

Supporting others, whether that be teaching a young performer, hosting a concert, or coaching an emerging artist in developing their career, wasn’t something I consciously pursued. It was just something that I liked to do. And I became good at it.

Having to play multiple roles during my professional career more or less taught me the tricks of the trade and evolved into the kind of career that I truly love. Although I chose the direction, the trail I walked was just as much discovered as it was created.

When I was interviewed for my first university position, I was asked, “What would you like to be doing in five years?” My answer was simple and immediate. It wasn’t that I wanted to be a concert performer or famous: I simply wanted to teach. What that meant and how it evolved has truly been an adventure. 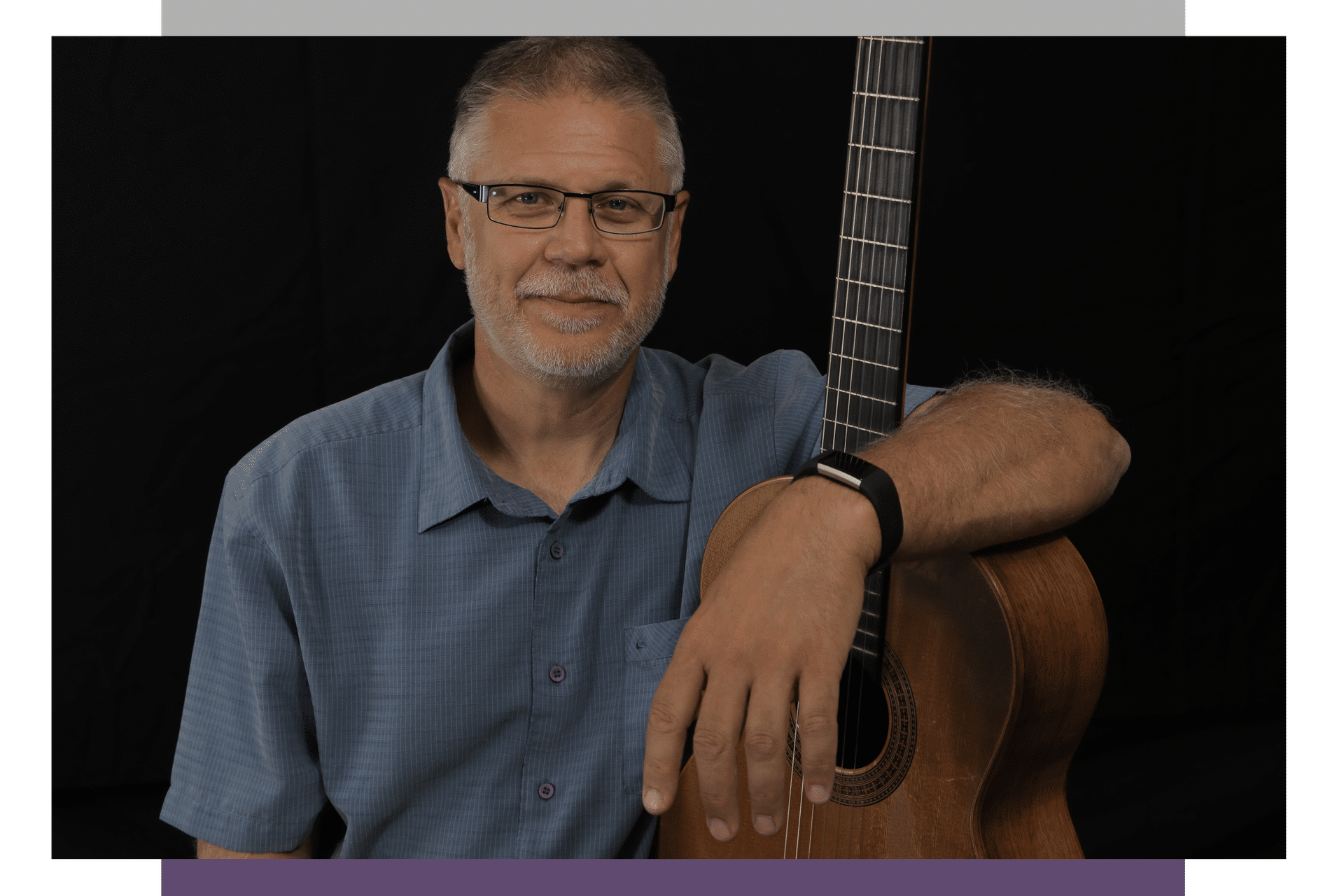 "There's a misconception that if we just hone our skill sets opportunities will follow. But leaders aren't always chosen. Rather they lean into the problems others want to avoid, take ownership of that with which they're not tasked, and the rest of us simply get out of their way." 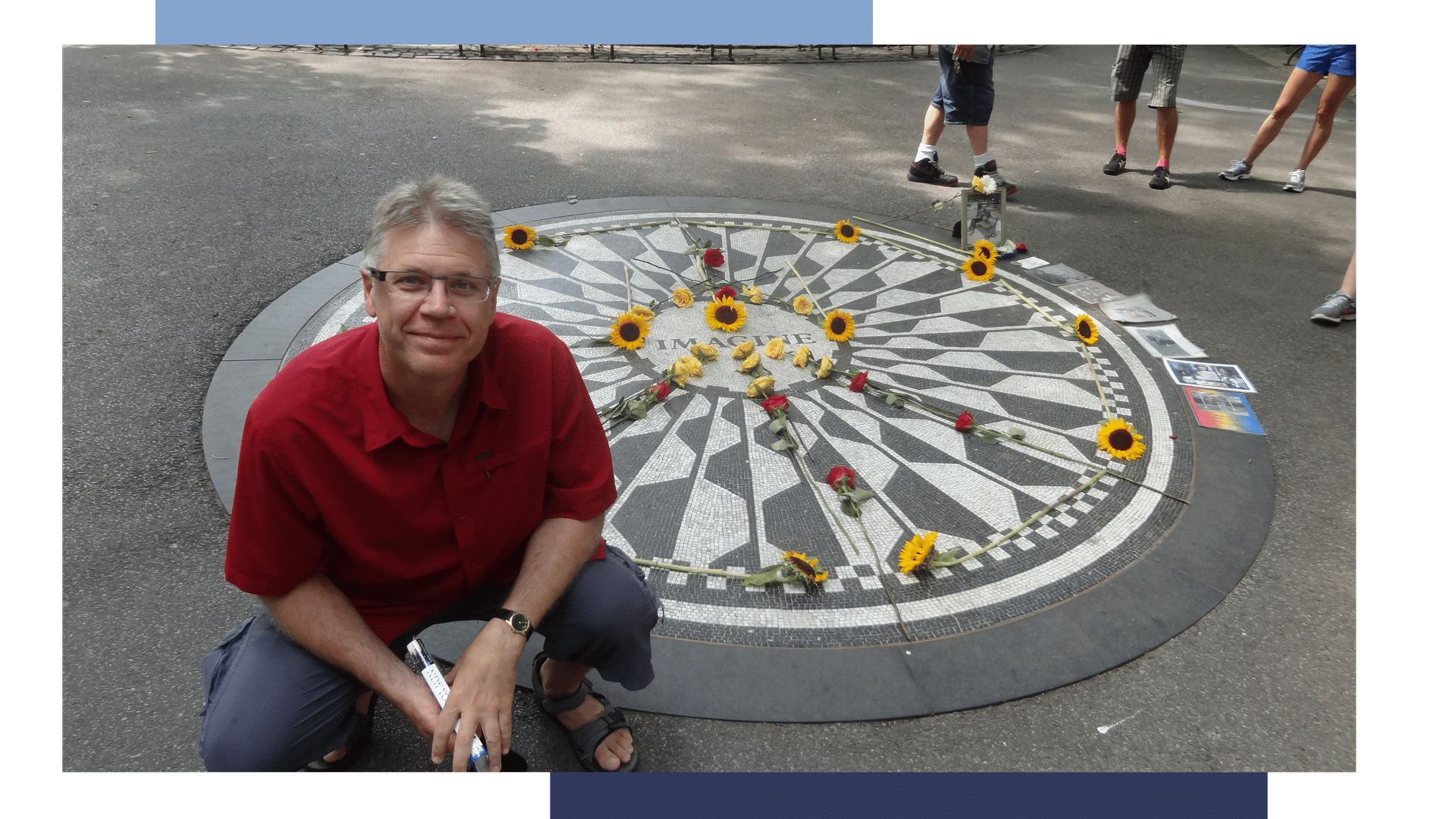 I cherish the opportunities to help young guitarists lay the foundation of musical and technical skills on the classical or acoustic guitar, revere the chance to help advance the skills of a seasoned player to that next level, and truly appreciate working with emerging professionals as they launch their music career.

Regardless of the personal and/or professional reasons why individuals wish to pursue music and the guitar, I am both honoured and humbled by the trust and confidence they have shown me in guiding them in their musical journey. 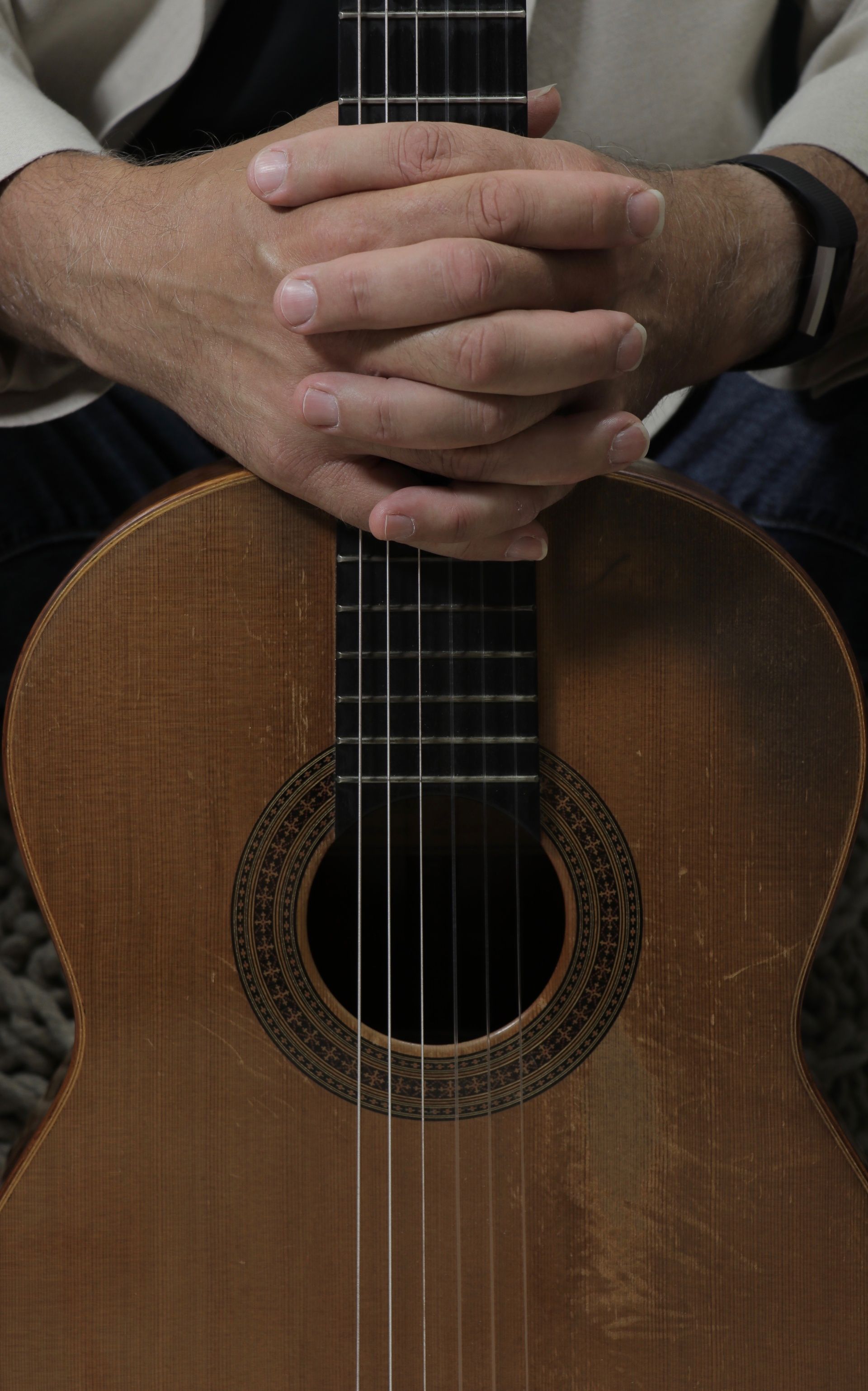 "There is no scarcity of opportunity to make a living at what you love; there's only scarcity of resolve to make it happen." 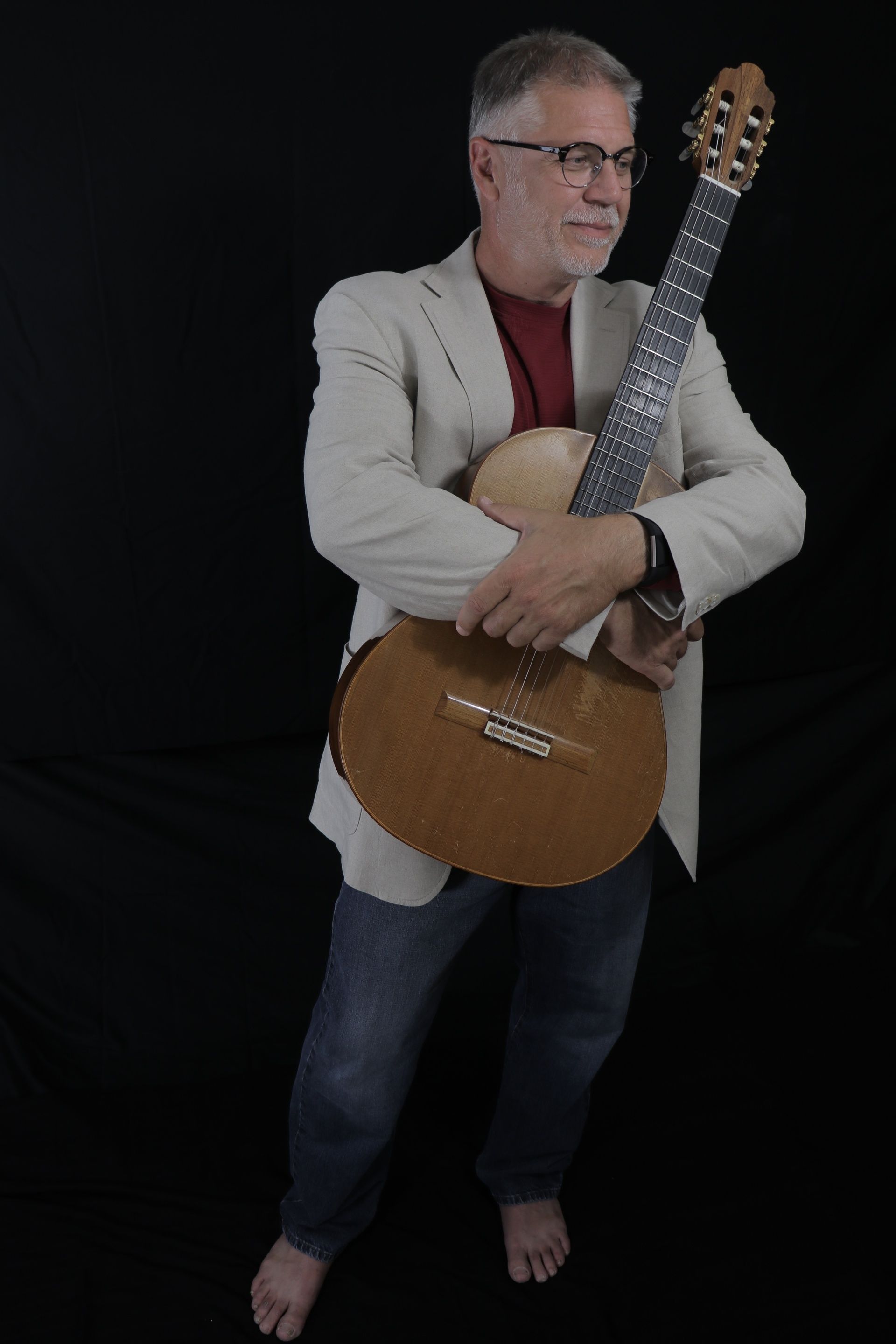 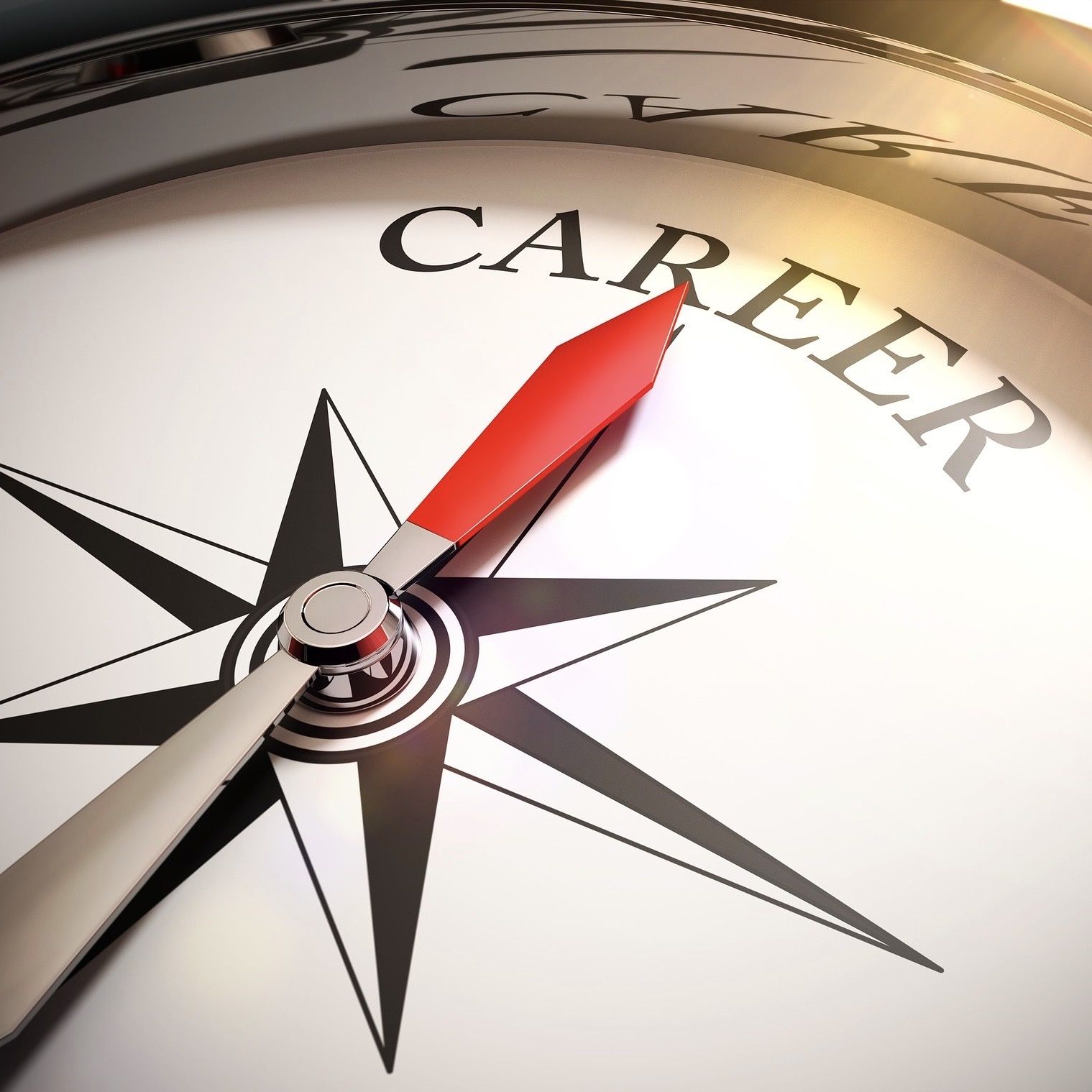 If you need guidance, support, and/or advice navigating your career as well as maintaining a healthy work/life balance, learn more by clicking on the link below. 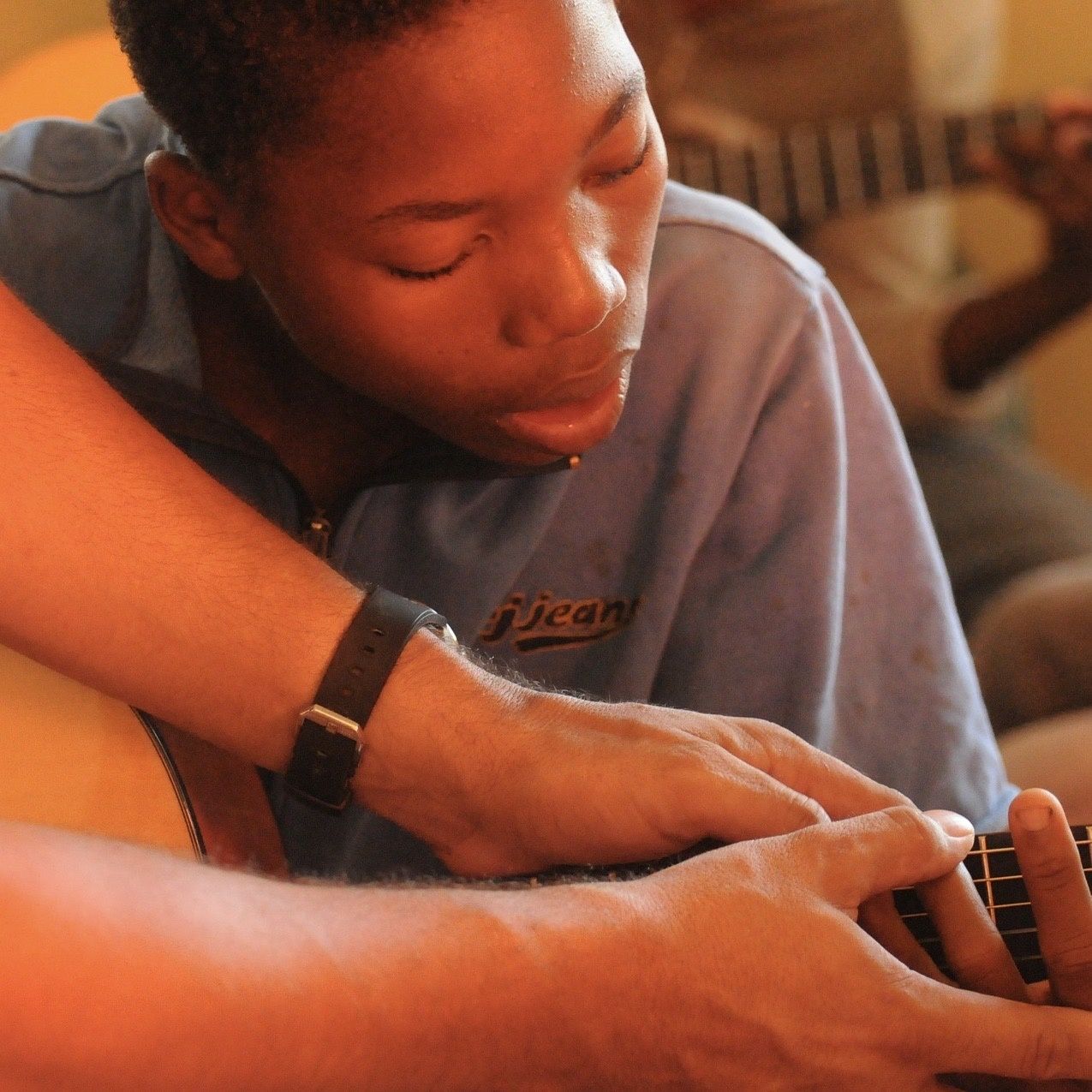 Wanting to take your music making to that next level? Click the link below to learn about my private teaching studio, the Fort Langley Guitar Studio. 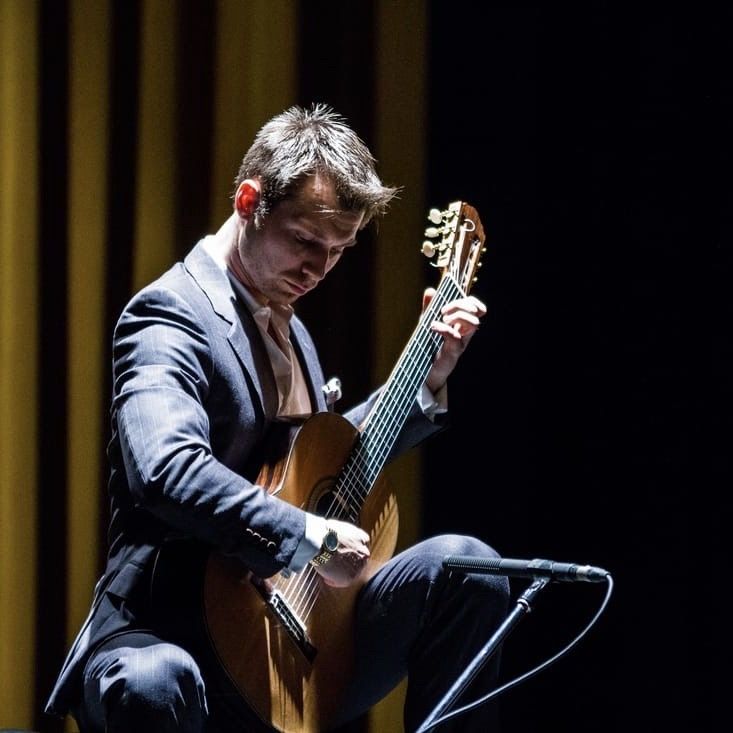 The Fraser Valley Acoustic Guitar Festival was established in 1998 and had three goals in mind. To find out more, click on the link below. 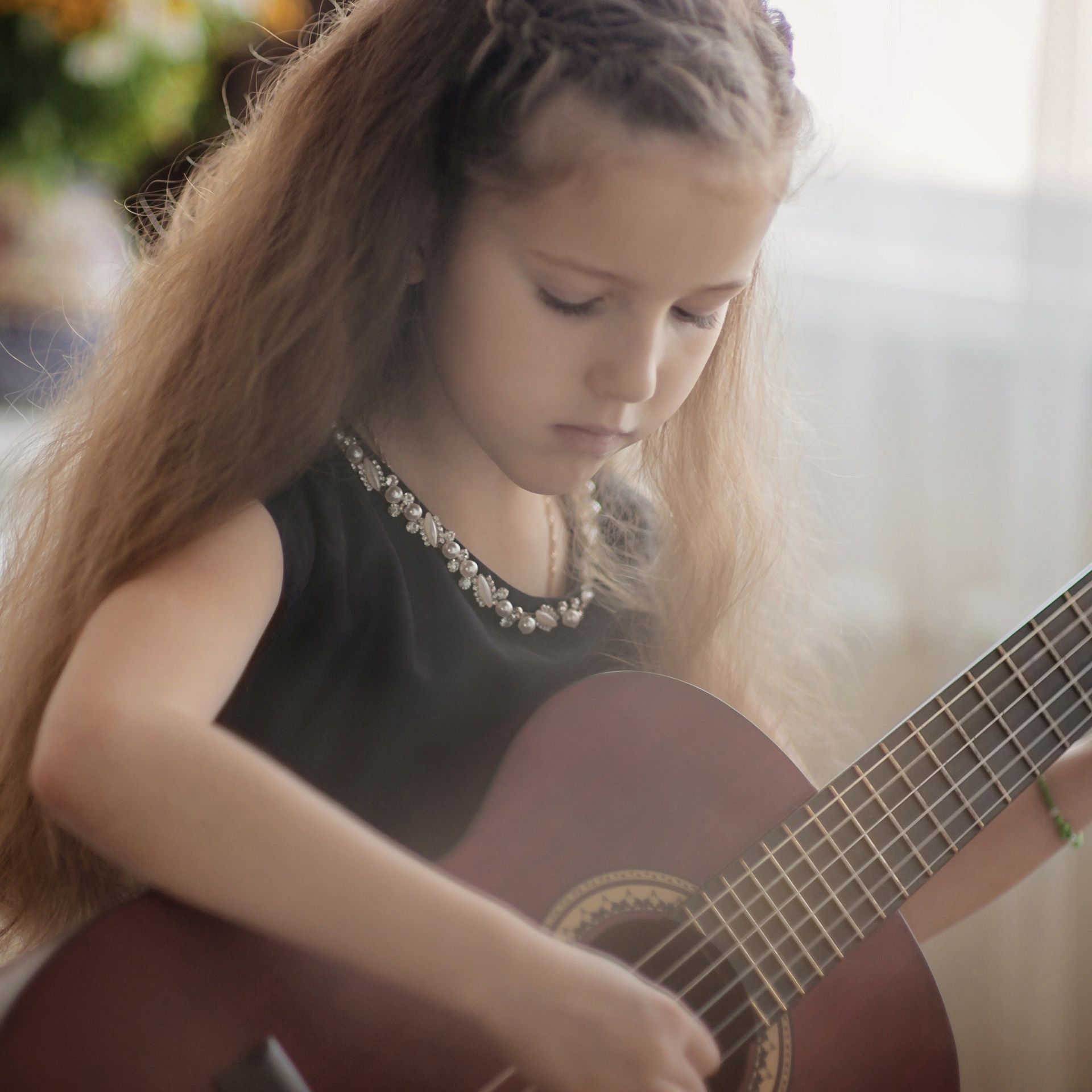 If you are seeking an experienced adjudicator for your music festival or competition, you can learn more by clicking on the link below.

“A leader is anyone who takes responsibility for finding the potential in people and processes, and who has the courage to develop that potential.”

Have questions? Need more information? Share a similar passion for music and the classical and/or acoustic finger-style guitar? I would love to hear from you!