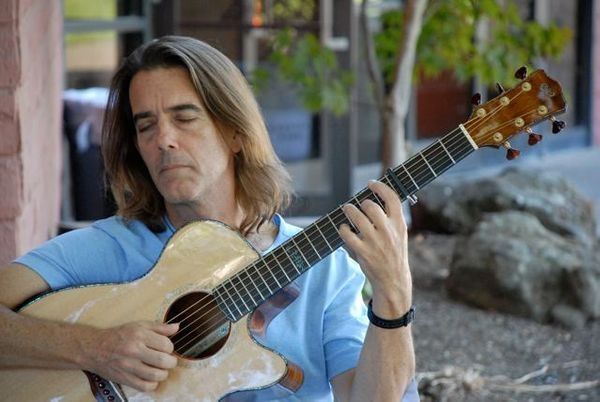 Michael Chapdelaine is the only guitarist ever to win First Prize in the world's top competitions in both the Classical and Fingerstyle genres; the Guitar Foundation of America International Classical Guitar Competition and the National Fingerstyle Championships at the Walnut Valley Bluegrass Festival in Winfield , Kansas.

From New York's Lincoln Center to the Cactus Cafe in Austin, from Milano to Bangkok, Chapdelaine continues to enchant, dazzle and surprise audiences and critics alike as he redefines the modern acoustic guitar with his amazing technique, "soulful" expressiveness, and versatility as a performer, composer and arranger/producer. His performances, played on both steel string and classical guitars, include musical styles ranging from blues to Bach to country to rhythm n' blues as he wins his audiences hearts with breath taking technique and the poetic magic of his original musical portraits and landscapes.

In the 80's and 90's Michael proved himself to be one of the world's finest classical guitarists; twice winning the coveted National Endowment for the Arts Solo Recitalist Grant, and taking First Prize in both the Guitar Foundation of America's and the Music Teachers National Association's Guitar Competitions. He also won the Silver Medal in Venezuela's VIII Concurso International de Guitarra "Alirio Diaz". He has toured four continents while giving hundreds of performances for Affiliate Artists Inc., and various arts promotion organizations. In 1992 he recorded the Sonata Romantica CD, which many critics and connoisseurs of classical guitar consider to be one of the definitive recordings for the instrument. Acoustic Guitar magazine wrote "... if I were marooned on a desert island with a limited selection of recordings, this one would be among my choices...I have seldom heard a more beautiful album. Other young guitarists have excellent technique, but few have such style and musicality, and Chapdelaine's beautiful tone is the nearest to Segovia's that I can recall."

In 1994 Michael turned his attention to pop music, in arranging, producing and recording Time-Life Music's beautiful Guitar by Moonlight collection, which sold 250,000 copies in its first two years in the stores. In 1998, he once again, expanded his musical range and gained instant notoriety and credibility in the "acoustic music" world as a "fingerstyle" guitarist and composer, by winning the National Fingerpicking Championships at Winfield. 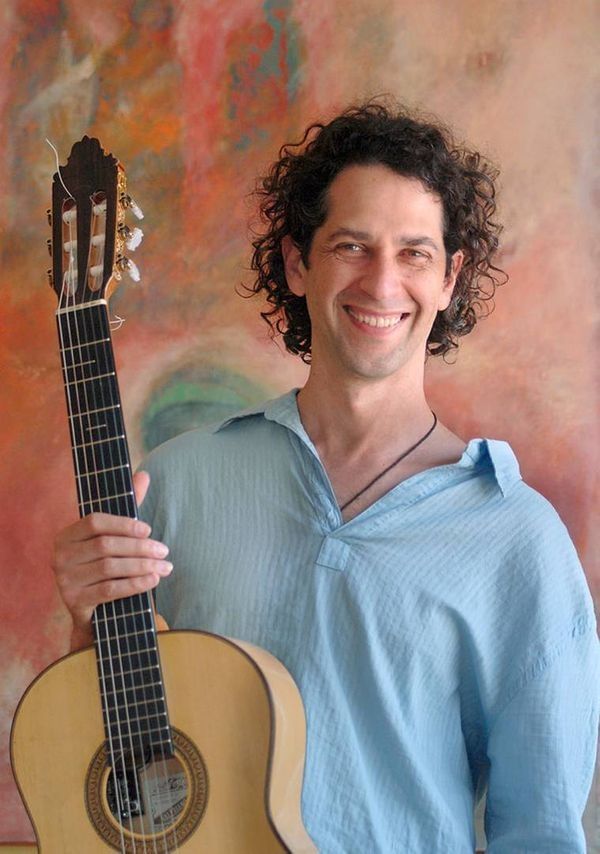 To capture the essence of Itamar's music is to be taken on a journey where different cultures meet in harmony.

Itamar's music holds a depth and sensitivity that touches listeners deeply; It blends the delicateness of Middle Eastern music, the freedom found in Jazz and the passion of Flamenco, creating a unique sound all his own.

Recipient of the 2014 ACUM Prize for Special Achievement in Jazz and the prestigious 2014 Landau Prize, Itamar Erez is an internationally renowned composer and guitarist who has shared the stage with such musicians as Omar Faruk Tekbilek, Tomatito, Avishai Cohen, Jean-Louis Matinier, Zohar Fresco, and others.

Itamar has released two CDs with his quartet The Adama Ensemble, “Desert Song” (2006) and “Hommage” (2010). His most recent release, “New Dawn” (2013), is a duet collaboration with Yshai Afterman (percussion), with special guest Antonio Serrano (harmonica).

Itamar is currently working on new material for his next CD, and is on the guitar faculty at the Vancouver Symphony Orchestra School of Music. 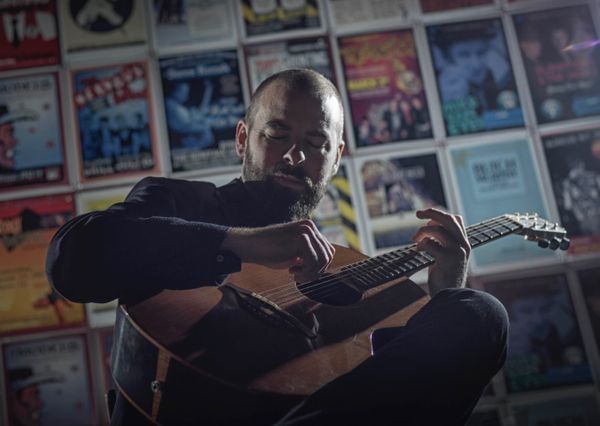 Inspired by falling in love and traveling the world, yet challenged by the heartbreak of tragedy and loss, the music on Kris Schulz's solo debut While The City Sleeps reflects deeply on his life over the last decade.

Despite previous catalytic events, it wasn't until the fall of 2012 that the flame needed to ignite the vision was fully lit. The music that poured out required Kris to develop a radically different approach to composing that incorporates hand percussion and polyphonic melody on a single acoustic guitar.

His background in Metal, Blues, and Flamenco has seamlessly blended into a unique musical mosaic that is tastefully displayed throughout the 13 original instrumentals.

In May of 2015 Kris embarked on a 5000 kilometre journey across Canada to a small town north of Montreal to record with renowned producer and guitarist Antoine Dufour. It was a tremendously inspiring experience which featured a stay in a haunted bed and breakfast that was built in the 1800's and once served as the post office.

Peers and fans are regarding this album as a game changer and its success has resulted in Kris being signed to the progressive guitar label FretMonkey Records.

His first single Ferus Caballus is a hit on social media with over 30,000 views and 600 shares on Facebook in one month.

Back-to-back sell outs for his album release party at the Vancouver Planetarium and a self-booked tour across Canada for this May and June are just a few examples of how hard Kris will work to ensure his music reaches a wider audience.