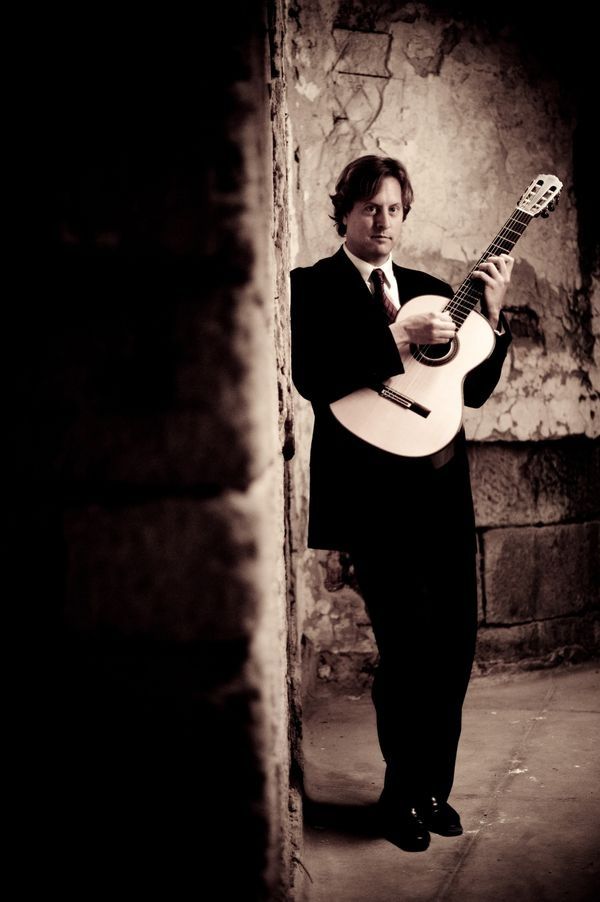 NPR describes Grammy-winning guitarist Jason Vieaux as, “perhaps the most precise and soulful classical guitarist of his generation,” and Gramophone magazine puts him “among the elite of today's classical guitarists.” His most recent solo album, Play, won the 2015 Grammy Award for Best Classical Instrumental Solo. In June 2014, NPR named “Zapateado” from the album as one of its “50 Favorite Songs of 2014 (So Far).”

Vieaux has earned a reputation for putting his expressiveness and virtuosity at the service of a remarkably wide range of music, and his schedule of performing, teaching, and recording commitments is distinguished throughout the U.S. and abroad. His solo recitals have been a feature at every major guitar series in North America and at many of the important guitar festivals in Asia, Australia, Europe, and Mexico. Recent and future highlights include returns to the Caramoor Festival, Philadelphia Chamber Music Society, and New York's 92nd Street Y, as well as performances at Argentina’s Teatro Colon and Oslo, Norway’s Classical Music Fest. Vieaux’s appearances for Chamber Music Society of Lincoln Center, Music@Menlo, Strings Music Festival, Grand Teton, and many others have forged his reputation as a first-rate chamber musician and programmer. He collaborates in recitals this season with Escher Quartet, acclaimed harpist Yolanda Kondonassis, and accordion/bandoneón virtuoso Julien Labro. Vieaux’s passion for new music has fostered premieres of works by Dan Visconti, David Ludwig, Jerod Tate, Eric Sessler, José Luis Merlin and Gary Schocker.

Vieaux continues to bring important repertoire alive in the recording studio as well. His latest album Together, with harpist Yolanda Kondonassis, was released in January 2015. Of his 2014 solo album Play, Soundboard Magazine writes, “If you ever want to give a friend a disc that will cement his or her love for the guitar, this is a perfect candidate,” while Premier Guitar claims, “You’d be hard pressed to find versions performed with more confidence, better tone, and a more complete understanding of the material.”

Vieaux’s previous eleven albums include a recording of Astor Piazzolla’s music with Julien Labro and A Far Cry Chamber Orchestra; Bach: Works for Lute, Vol. 1, which hit No. 13 on Billboard’s Classical Chart after its first week and received rave reviews by Gramophone, The Absolute Sound, and Soundboard; Images of Metheny, featuring music by American jazz legend Pat Metheny (who after hearing this landmark recording declared: “I am flattered to be included in Jason's musical world”);and Sevilla: The Music of Isaac Albeniz, which made several Top Ten lists the year of its release. Vieaux’s albums and live performances are regularly heard on radio and internet around the world, and his work is the subject of feature articles in print and online around the world, including such magazines as Acoustic Guitar, MUSO, Gramophone, and on NPR’s “Deceptive Cadence.” Vieaux was the first classical musician to be featured on NPR’s popular “Tiny Desk” series.

In 2012, the Jason Vieaux School of Classical Guitar was launched with ArtistWorks Inc., an unprecedented technological interface that provides one-on-one online study with Vieaux for guitar students around the world. In 2011, he co-founded the guitar department at The Curtis Institute of Music, and he has taught at the Cleveland Institute of Music since 1997, heading the guitar department since 2001.

Vieaux is a member of the Advisory Board of the Guitar Foundation of America, and is affiliated with Philadelphia’s Astral Artists. His primary teachers were Jeremy Sparks and John Holmquist. In 1992, he was awarded the prestigious GFA International Guitar Competition First Prize, the event’s youngest winner ever. He is also honored with a Naumburg Foundation top prize, a Cleveland Institute of Music Alumni Achievement Award, and a Salon di Virtuosi Career Grant. In 1995, Vieaux was an Artistic Ambassador of the U.S. to Southeast Asia. 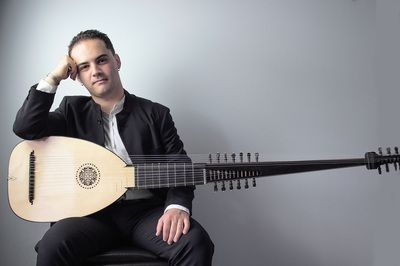 Konstantin Ruslanov Bozhinov, PhD (ABD), is a lute, guitar, and accordion player, specializing in improvisation, composition, and arranging. Based in Vancouver since 2006, he enjoys a busy concert schedule as soloist, collaborator, and educator.

He holds a Performance Diploma in Classical guitar from Douglas College and a Bachelor of Music degree in guitar and lute performance from the University of British Columbia, where he studied with Michael Strutt. At UBC Konstantin met his teacher and mentor - the historian, luthier, and performer Ray Nurse. Under his guidance Konstantin became the first student to study and major in the lute at UBC.

His graduate studies include a Master of Music degree in lute performance from McGill University, where he studied basso continuo with Hank Knox and French baroque lute, baroque guitar and archlute, under Sylvain Bergeron. He performed regularly with the University Baroque orchestra and took part in opera productions.

A PhD candidate in historical musicology at the University of Victoria, Konstantin is an active researcher of Baroque performance practice, French opera, improvisation, and compositional technique in the 18th century. Past guest-editor for the academic journal Musicological Explorations, Konstantin is also music critic for the Coastal Spectator, the Lute Society of America Quarterly, and contributor for Classical Voice North America.

Konstantin is co-founder and former music director of the Renaissance group Ensemble Musica Humana, with whom he toured Boston, Amherst, and Montreal. He was also producer and audio engineer for the album Al Alba de España, which features his arrangements and reconstructions of Spanish Renaissance music. As part of the chamber group Stile Moderno, Konstantin has given numerous recitals with violinist Arthur Neele and gambist Natalie Mackie.

Konstantin is the accordion instructor at Vancouver Community College with recent performance highlights that include a tour of the Discovery Islands in BC (playing accordion and lute), a series of concerts with the Pacific Baroque Orchestra, and collaboration with renowned baroque violinist Marc Destrube. He also tours with Calgary Philharmonic Orchestra principal cellist, Phil Hansen. As a specialist in improvisation, Konstantin gives frequent recitals of his own baroque compositions. 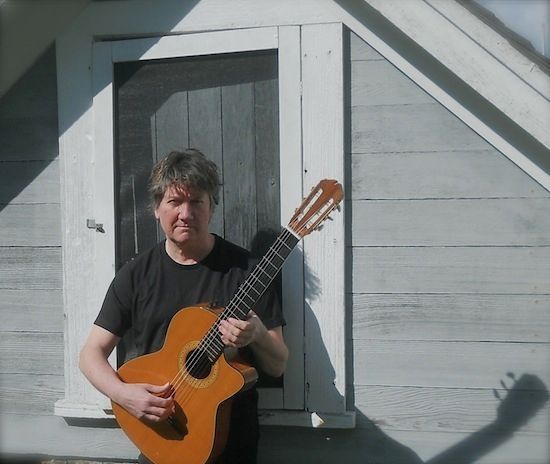 James Devon was born in England and started learning classical guitar at the age of 15. One year later, he was awarded a scholarship for musical education at a college in Lincolnshire where he studied with legendary classical guitarist Graham Wade. James continued his studies in musical theory, piano and guitar at Trinity College of Music in London. He taught guitar in British schools and colleges, before emigrating to Canada. His desire to learn and play blues and rock on the electric guitar as a freer form of musical expression, added to his musical understanding. Several years later, he won a Fender sponsored guitar competition for the province of British Columbia.

Aside from working as a private guitar instructor, James was one of the first musicians to produce a series of video guitar lessons including “Beginner’s Guitar” and “Improvising Rock Guitar Leads”. He later created the internet's first interactive online guitar lessons that were highlighted in the Jan. 2000 issue of Guitar Player magazine.

Lately, James has been working on a Mac based recording studio to write and produce original music. He continues to perform, record and teach in the Vancouver area of British Columbia, Canada and is currently working on producing more instructional on-line musical material, and new musical compositions.