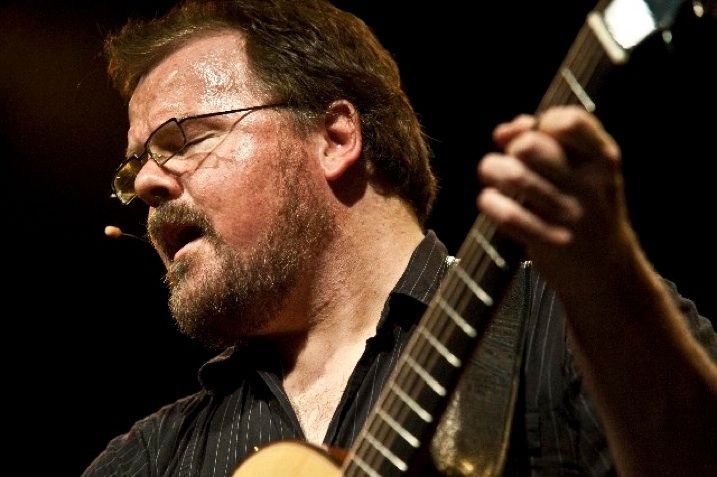 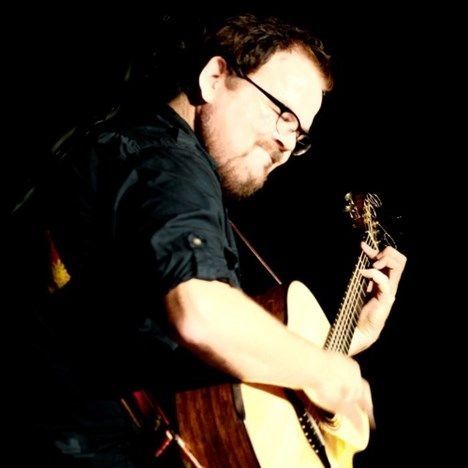 The story so far began playing guitar virtually by accident. There was always a lot of music around the house. Don's dad is an operatically-trained singer. So, the Ross kids heard plenty of voice exercises around their Montreal home as well as classical music on the record player growing up (not to mention the occasional blast of the bagpipes when Don's dad felt like waking up the neighbours with another musical skill he acquired growing up in Scotland!). Don was a very musical child, teaching himself some basic piano skills in his early years. But at the age of eight, when Don's sister came home from boarding school with an old Stella acoustic guitar, he knew he had met his new best friend. Immediately recognizing the portability and "cool factor" of the guitar, Don and his older brother began teaching themselves tunes by the Beatles, Cream, Led Zeppelin and Black Sabbath.

By the age of ten, Don was playing less with a pick and more with his fingers. He was fascinated by the possibility of playing several lines at once: melody, middle voices, bass line. To achieve some of the musical ideas he had in mind, he started retuning the guitar to suit them, inventing new tunings that made things easier at first. But he also realized that he could expand the range of the instrument to make the low strings lower and the high strings higher. The possibilities seemed almost endless.

He began playing publicly (and for money) in his hometown of Montreal at the age of 15. Fortunately he looked old enough to drink by then and even played occasionally at some of the downtown pubs that featured live acoustic music! Around the same time he discovered the music of legendary Canadian singer/guitarist Bruce Cockburn. Don was amazed that such an insightful lyricist could also be a tremendous guitarist. The musical future seemed very bright indeed. He was inspired to write his first strong instrumental tunes for solo guitar around this time.

Don eventually studied Music at Toronto's York University. Strangely enough, he didn't focus on guitar but rather on composition, electronic music, and sound recording. Upon graduating, he had visions of being a composer of orchestral and electronic music or film scores... certainly not any delusions of playing solo guitar for a living. What changed his mind was seeing the success of musicians like Michael Hedges, Steve Reich and Keith Jarrett, player/composers who followed their musical intuitions wherever they led and who fell more into the category of "artist" rather than "guitarist" or "pianist."

After graduation, Don decided that the best forum for what he did as a composer would be to perform his guitar music himself. In 1988, he won the U.S. National Fingerstyle Guitar Competition. This earned him a fair amount of media attention back home in Canada, and within days he was scouted to record for Toronto-based independent record label Duke Street Records. He recorded his debut for the label, Bearing Straight, which was released in 1989. Two more recordings for the label followed, 1990's Don Ross and 1993's Three Hands. Don then signed with Columbia/Sony and recorded three more CDs for that label: This Dragon Won't Sleep in 1995, Wintertide in 1996 and Loaded. Leather. Moonroof. in 1997. In the meantime, Don won the Fingerstyle competition in the USA for a second time in 1996. To this day, he is still the only player to have won the competition twice!

Signing with Narada Records in 1999, Don released his first completely solo-guitar CD, Passion Session. Recorded in a series of overnight sessions in Berlin's Passionskirche (The Church of the Passion), the CD has gone on to top many of the "all time best acoustic guitar recordings" lists in publications like Acoustic Guitar Magazine. Some of the compositions on Passion Session, such as "Michael, Michael, Michael," "Klimbim," and "Tight Trite Night" have become standards in world guitar repertoire. Huron Street (2001) and Robot Monster (2003) followed, showcasing the depth of Don's compositional history as well as his ongoing interest in electronic music, through collaborations with Berlin composer Christoph Bendel.

With the collapse of the conventional recording industry in the early 21st century, Don entered into a new venture with Milwaukee-based CandyRat Records and its founder, Rob Poland. The move to a completely internet-based model of releasing recordings resulted in the first ever CandyRat CD, 2005's Music for Vacuuming. CandyRat has gone on to release recordings by dozens of international artists, primarily guitarists and songwriters. YouTube exposure has helped all of the CandyRat artists, and made an international star of Don's good friend Andy McKee. Other recent projects Don has released in collaboration with CandyRat are Live in Your Head (2006), the thing that came from somewhere (2008, with Andy McKee), his all-vocal CD Any Colour (2009), the solo guitar albums Breakfast for Dogs! (2010) and Upright and Locked Position, as well as two performance DVDs: Don Ross Live and Live in Toronto (with Michael Manring and Andy McKee).

Don has toured regularly since 1989, across Canada, the USA, a dozen European countries, Japan, Taiwan, China, Australia, Russia and India. He has played with symphony orchestras in Canada and Germany, and collaborated live and on recording with Andy McKee, Canadian singer/guitarist Brooke Miller, & Toronto bassist Jordan O'Connor. He also composes scores for television, radio and film, and does production and recording engineering for a variety of other musicians. In addition to acoustic guitar, Don also plays electric guitar, slide dobro and lapsteel guitar, voice, piano, keyboards, bass guitar and drums.

Don grew up in Montreal, lived for many years in the Toronto area, spent the last several years in Halifax, and now is based in both Montreal and Berlin.

For more information about Don, check out http://www.gobyfish.com 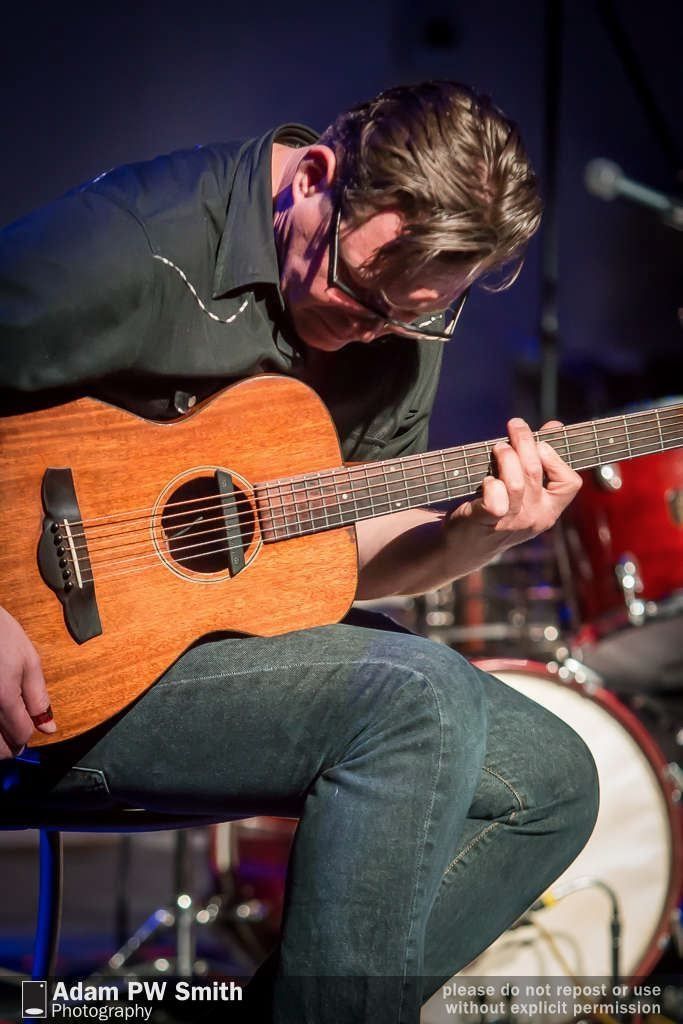 You'd never think it to look at Paul Pigat, but behind that unassuming grin and underneath those Doc Watson glasses lurks one of the most restless, combustible musical imaginations ever crammed like so much canned heat into a single body. Blessed with a jazz man's sheen, a rockabilly heart and a hobo's soul, there aren't many genres of music that don't pull at Pigat's wayfaring imagination like a magnet. In many ways, it's a mystery why Paul Pigat isn't a household name yet. Maybe he'd be a lot easier to pin down if he wasn't so darn good at so many different things.

There aren't many musicians who can put their egos aside and lay down exactly the right part without giving into the temptation to be flashy. Without exception, Paul Pigat's playing is the epitome of taste and discretion as he fits easily into so many different musical universes without ever overplaying or surrendering to rock and roll cliches. It doesn't take very long to hear why his intuitive rhythms and fluid, creative solos have become an indispensable part of so many musicians' and bandleaders' sounds. Whether he's playing a searing solo to elevate the soaring vocals of a traditional gospel rave up from The Sojourners or flying in to support Jakob Dylan at a showcase in New York, Paul Pigat's singular dedication and peerless work ethic have earned him a growing respect within music's inner circles.

However impressive the list of credits he's compiled over the last few years has been — earned by supporting artists such as Neko Case, Jim Byrnes and Carolyn Mark — it's when you get to hear Paul on his own that his star really shines. All of the ideas that have been percolating for years while he's been playing in the background have the chance to come out into the limelight and have their moment in the sun.

From solos raw enough to melt the door off an old Cadillac to delicate etudes written for the crows to fly home to, Paul Pigat is a guitarist who can truly play it all. Is he a genteel sideman, unrepentant redneck, sensitive singer/songwriter, classical composer or a Mulligatawny blend of all the above? Listen long enough and you'll realize it really doesn't matter what he plays. Music this good transcends boundaries and resists any attempts at categorization. And, even if you reached the point where you thought you'd figured Paul Pigat out, by that time he'd have gone and changed on you again. So, perhaps it would be better if we all stopped thinking, buckled up, and held on to enjoy Mr. Pigat's wild ride for all its worth.

For more information about Paul, check out http://paulpigat.com 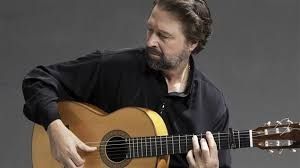 Victor Kolstee, acclaimed flamenco guitarist and performer, co-founded Flamenco Rosario, Centro Flamenco and the annual Vancouver Flamenco Festival in 1989. Since then, he has been instrumental in developing a flamenco following in Vancouver.

"My role as a guitarist is to follow the dancer's footwork and its compás, and to follow the tonal variations of the singer at the same time. I support the singer and we are both there to provide a foundation for the dancer. Even though this might sound very confining, it isn't. I can improvise, play my own variations, play other guitarists' falsettas (melodic variations on the compás), or do whatever I like as long as what I do is in compás, since that is what gives the piece its structure and enables all the elements of flamenco to come together," says Kolstee.

Music director for Centro Flamenco and Flamenco Rosario, Kolstee has performed in numerous community, cultural and professional artistic and commercial events, as well as music and arts festivals throughout Vancouver, the Lower Mainland and the surrounding region. Kolstee began flamenco guitar studies in Seattle and Vancouver in 1965, and in Spain he studied with Diego del Gastor, Victor Monje "Serranito", Justo de Badajoz, Paco del Gastor, Jose Cobos, Benjamin Habichuela and David Serva, to name a few. He performed regularly and honed his skills in the Café de Silverio in Madrid, Penas Flamencas, private fiestas, and on Spanish radio and television.

Kolstee and his music have been featured in several television specials (including Men of Music, CTV, 2004 and Mi Pasìon, CBC, 1995) and he has toured with Teo & Isabel Morca, performed with the Vancouver Symphony, and participated in such events as the Vancouver Folk Music Festival, Chutzpah! and the Vancouver International Dance Festival.

In 1999, Kolstee recorded his debut CD, Tocaor. "Kolstee's improvised accompaniment evokes the raw essence of flamenco – the creative tension between sophistication and savagery, control and abandon, that's embedded in the traditional culture of Andalucia's Roma," wrote Tony Montague of The Georgia Straight.

In 2008, a selection of Kolstee's recordings with flamenco singer José Lara was independently released. He teaches guitar lessons at Centro Flamenco and performs regularly with Flamenco Rosario and at several locations in the Lower Mainland.