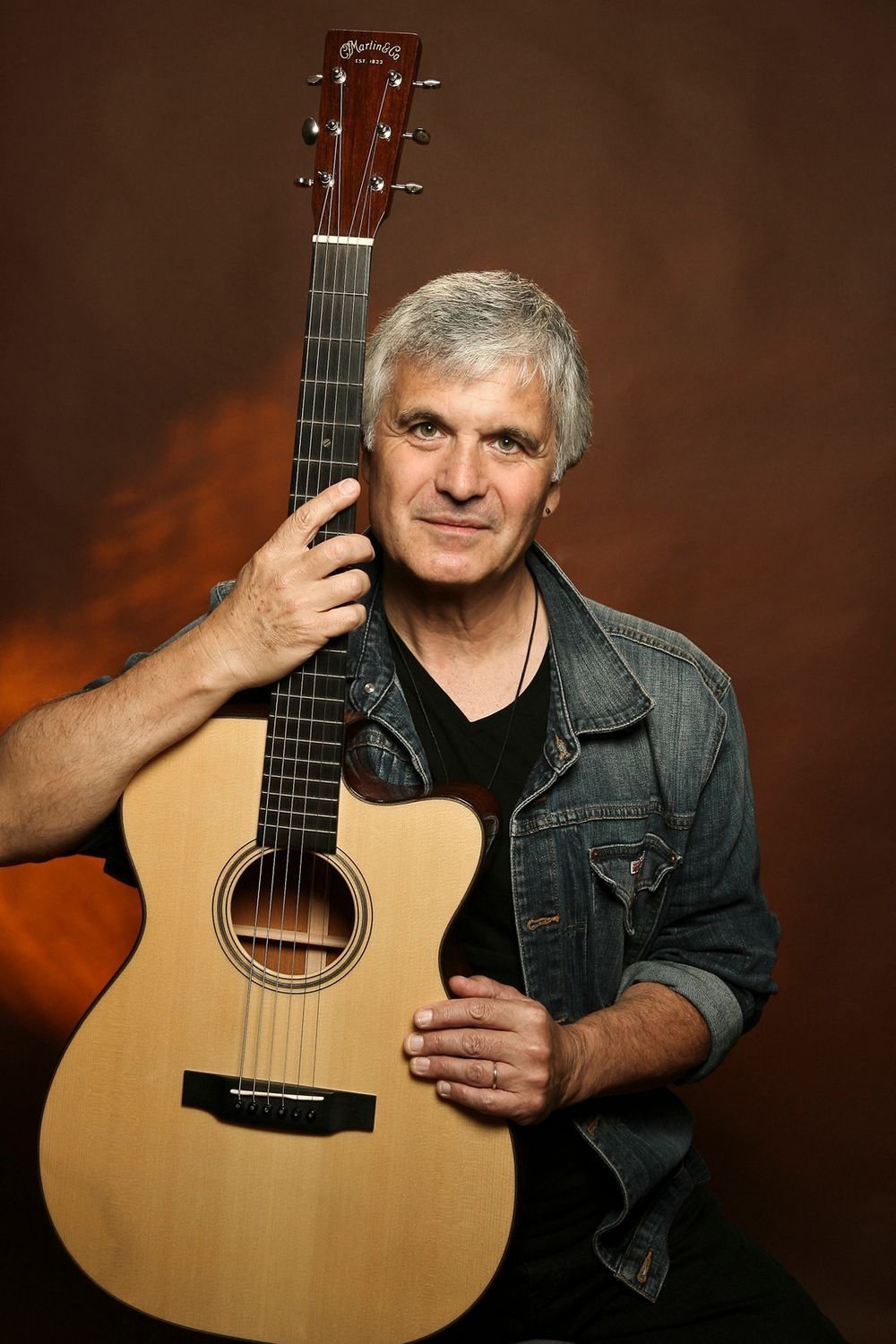 As a young working musician in London, England in the 1970s, Laurence Juber got an extraordinary, life-changing break when Paul McCartney picked him to become Wings’ lead guitarist. Juber spent three years recording and touring with the band. During that time he won a Best Rock Instrumental GRAMMY® for the track "Rockestra" from the Wings album Back To The Egg.

After Wings disbanded in 1981, Juber embarked on a career as a solo artist, composer and arranger, and soon developed a reputation as a world-class guitar virtuoso, being voted #1 by Fingerstyle Guitar magazine. He has released 13 critically acclaimed solo albums, including "LJ Plays the Beatles", "Guitarist" and "One Wing".

"I've Got The World On 6 Strings", is a collection of solo guitar arrangements of tunes by Harold Arlen, composer of 'Over The Rainbow', and 'Stormy Weather' among many other classics:

His new CD "PCH" is now available. With its title tune inspired by a drive down Southern California’s Pacific Coast Highway, the sessions took place at the historic Capitol Records tower in Hollywood and were recorded by multi-Grammy winning engineer Jimmy Hoyson. LJ had some legendary company: on bass guitar was Leland Sklar, the king of all subsonic with his old band-mate from James Taylors’ halcyon days, Russ Kunkel, at the drum kit. Studio legend Jim Cox presided over the keyboards. 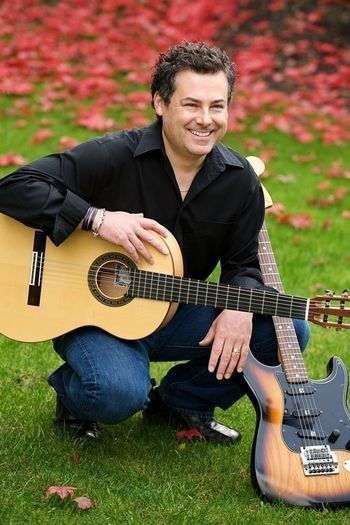 After several years touring North America John took the time to formally study his art. He took private lessons with various teachers and later majored in jazz at Capilano College, where he received a scholarship and graduated with top honours. In the guitar, John had found his instrument but he was still searching for his muse.

At age 26 he immersed himself in Flamenco guitar tradition, inspired by the teaching methods of Juan Martin and listening to the incredible sounds of Paco de Lucia, Paco Pena, Sabicas and many others. John spent the next 6 years studying Flamenco, practicing 8 to 10 hours a day. The effort would pay off and the accolades would follow. In 1995, John won "Best Acoustic Guitar Performance" in the Music West Star Frets Competition. He won Vancouver's Unplugged Competition in 1996 and, in 1997 he became a finalist in Vancouver's Global Star Quest.

John Gilliat continues to offer new direction and contemporary expression to Flamenco, Nouveau Flamenco and Flamenco Rumba, touring festivals and headlining concerts with his quartet (bass, 2 guitars, and percussion). He even finds time to perform regularly with Vancouver's hot gypsy jazz club quartet, "Gypsalero". Click on Gypsalero to learn more about the group.

Now following four successful Japanese tours, including the first-ever concert on an open-air train, performing live on NHK Radio along with various other Japanese radio and television programs and playing Expo 2005 in Aichi. John has released his latest CD in Japan and Canada titled "Beyond Boundaries". The new CD continues to offer new direction and contemporary expression to Nouveau Flamenco, Flamenco Rumba and Jazz. Included in Beyond Boundaries is a very special composition titled "Onishi", created from the beautiful images, sounds and excitement John experienced during his performances at Fujiyama Koen Park in Onishi, Japan. 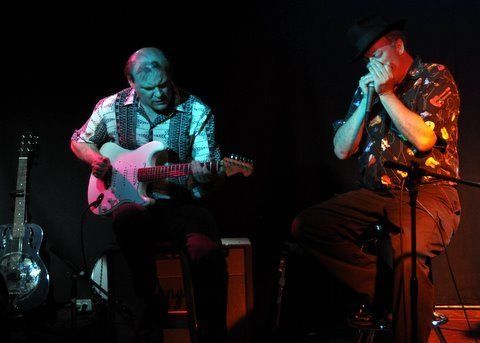 Keith Bennett Ed Mohoric have forged a unique new voice for Chromatic Harmonica and Jazz Guitar. Their main focus has been on the performance of original material ranging from blues to sophisticated jazz forms. Their CD has been getting much attention on CBC and has been featured on radio as far away as Mexico. One of the selections from their Tin Sandwich CD has been used on the Chris Issac Show. They have recently completed a tour of the Queen Charlottes as well as concerts in the Vancouver area.

Keith Bennett (Harmonica): Keith is one of Canada's top harmonica players; He was recently asked to perform three nights at the Orpheum theatre with the Vancouver Symphony Orchestra. He has been performing both live and in the studio for over 20 years. Some of his recent studio harmonica credits include: McGyver, Neon Rider, The Black Stallion, Sesame Street, Bordertown, Fly By Night, and Cadillac Girls. Last summer he performed with Rodger Hodgson of Supertramp in Calgary. His harmonica was featured in the soundtrack for the Calgary Stampede evening show. 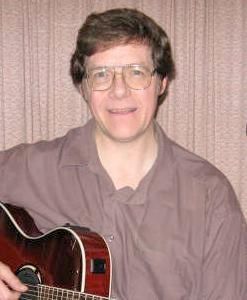 Jeff Bowman was born into a Military family in Ottawa Ontario. His father was posted to France, Nova Scotia, and Ontario, Saskatchewan and eventually to British Columbia. A child of the 60's and unaware of the Cold War, Jeff had begun learning guitar from Mr. Bob Wilson. Mr. Wilson was a musician/Military Radar Technician on the Canadian Forces Station known as Sagehill Saskatchewan. The isolated nature of this Cold War Radar Site led to many hours of practice that began a lifetime of music for Jeff.

He attended the Music programs in Capilano College studying Classical Guitar with Stephen Boswell and The Vancouver Academy of Music studying the Trombone with Mr. Greg Cox of the VSO. Jeff Bowman has also studied jazz guitar with the great Oliver Gannon.

He has played at the Merritt Country Music Fest 1999 with the Debbie Bergeron Band, performed with his own band at the Hope Mountain Blues Fest 2004, performed in Chilliwack's 2005 Dixie Fest with Craig Scott and Yve Evans. Was guest clinician at Quantlan Collegeís Guitar Fest 2005. Was the 2007 Guitar adjudicator at the Upper Fraser Valley Music Festival. He played guitar for the Fraser Valley Universityís West Side Story production in the summer of 2006. He also performs annually at Minter Gardens through their summer season with his Jazz group.

Jeff Bowman has made his living teaching and playing music in Chilliwack and the Fraser Valley and Vancouver areas for over 33 years. 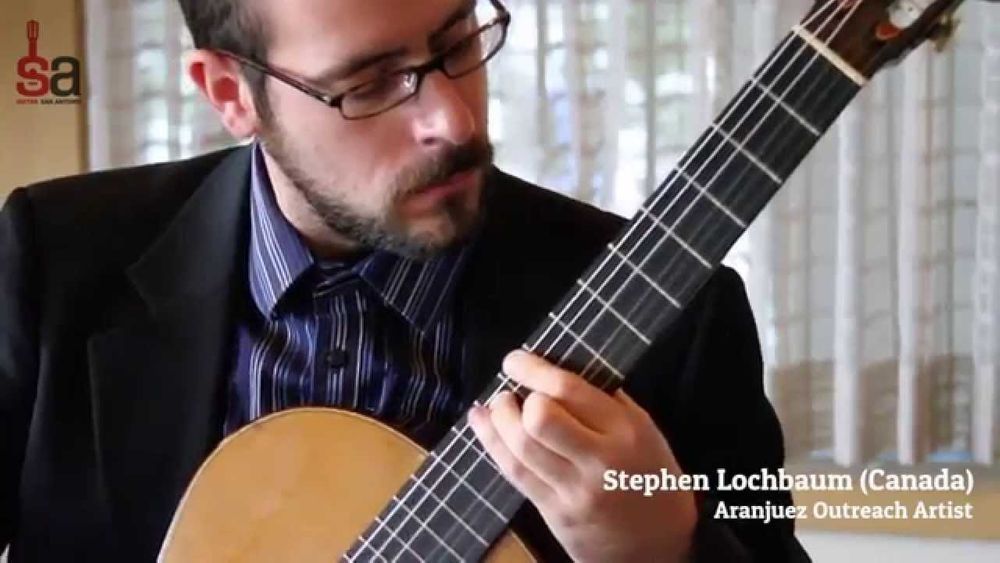 Classical guitarist Stephen Lochbaum began his musical studies with rock and roll and the blues when he was twelve years old. Over the next five years he explored every genre that came his way: jazz, blues, heavy metal, folk, county and flamenco. During this time he also played guitar and sang in a band. His main teachers during this time were Larry Church, bassist for the band “Trooper”, and later the very versatile and experienced John Gilliat.

Stephen went straight from high school to KPU in Langley where he began studying classical guitar and piano. Here he studied with renowned Vancouver guitarist Dr. Bruce Clausen. Stephen went on to earn his Bachelors and Masters degrees in Music at the University of Victoria, graduating on the Dean’s list in the top 5% of the Fine Arts department. Here he studied with Dr. Alexander Dunn, famed protégé of Pepe Romero. Stephen has also had the opportunity to perform with Pepe and study with him in masterclasses.

He has also performed for many great guitarists and lautenists in masterclasses including: David Tannenbaum, Nigel North, John Schneiderman, Hopkinson Smith, Michael Nicolella, Jeffery McFadden, and Michael Partington. During his stay at UVic Stephen maintained an active performing and competing schedule. He performed Alexander Dunn’s newly discovered Beethoven arrangements for two guitars in Festivals and recitals in Montreal, Calgary, Tofino, and Victoria. He placed third in the 2005 Northwest Guitar Competition, and later won the 2005 Canadian National Festival.

Upon his Graduation in 2005, Stephen has been teaching at the Victoria Conservatory of Music. He recently played with the Vancouver Cantata Singers, which was broadcasted by CBC radio 2.

In 2006, Stephen began playing classical concertos, pop arrangements, and original compositions in nightclub settings around Vancouver hoping to bring this music to new audiences. In this year he also formed the prolific Corbett/Lochbaum duo, performing jazz, classical arrangements, and fusion experiments weekly. The Duo quickly recorded an album which was broadcast on The NewVI (local Victoria television) and CBC radio 1 three weeks in a row.

During 2007/2008, Stephen devoted most of his time to teaching in the Lower Mainland, keeping a studio of 40+ students as well as conducting beginner and intermediate guitar classes at UBC.

Currently, Stephen is preparing for a return to international competition as well as remaining active with Duo Corbett/Lochbaum.