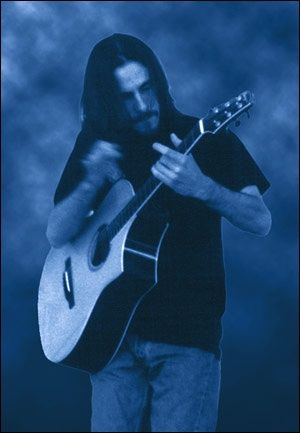 Les Finnigan has been described by the press as "a guitar wizard", "a gifted stylist", a "talented composer", and a "guitar virtuoso". He was the 1996 winner of both the National Guitar Summer Workshop's Guitar Competition and the Vancouver Unplugged Guitar Competition. His love of different styles of music, his unorthodox right hand technique, and his use of alternate tunings contribute to his incomparable style. His music is regularly heard across Canada on both the CBC Radio One and CBC Radio Two programs. In 1998 he started the record label String Plunker Records, and since then has released 4 CDs. His 4th CD, "Steel String Portraits" has just received a Western Canadian Music Award nomination for "Outstanding Instrumental Recording." He also produces an annual concert at the Vancouver East Cultural Centre called the West Coast Guitar Night. 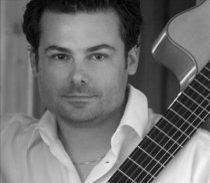 Inspired by the sounds of Paco de Lucia, Paco Pena, Sabicas and many others. John Gilliat has dedicated himself to the sounds of the Flamenco guitar. In 1995 he won "Best Acoustic Guitar Performance" in the Music West Star Frets Competition, won Vancouver's Unplugged Competition in 1996 and in 1997 was a finalist in Vancouver's Global StarQuest. In May of 1999 John released his first independent instrumental CD titled "Freedom". His follow-up album "Peace" was nominated for the West Coast Music Awards "Best Instrumental Release" in 2002. His latest CD will be released in the spring of 2004. He has toured Canada, the United States, and Japan and his recordings can be heard on CBC Radio Canada. John also performs with Vancouver's very exciting hot club gypsy jazz quartet Gypsalero. 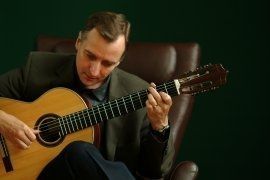 Kent Hillman has studied, performed and taught fingerstyle guitar for over 35 years. His playing style and complex arrangements reflect his reverence for the music of Merle Travis, Chet Atkins, Lenny Breau and George Van Epps as well as classical and South American music. Kent teaches and performs at music camps in the Pacific Northwest and is currently completing his first commercial solo fingerstyle guitar recording including his own arrangements of movie themes. 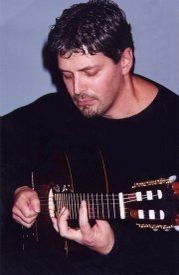 Martin Simpson is a versatile and accomplished guitarist, composer and producer. Originally from Newcastle, England, he began playing guitar at the age of ten and has been influenced by the wide variety of musical styles that he listened to including rock, blues, jazz and world music. While in college, he met fellow guitarist Andre Stephen and the two formed the dynamic Latin jazz band, Alma Libre. The band has released two very successful CD's, performed with the Vancouver Symphony Orchestra, and opened for the Rite Of Strings (Al DiMeola, Stanley Clarke and Jean-Luc Ponty). Martin's music has also been featured in film, television and advertising. 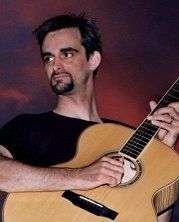 Doug Towle first picked up the guitar at age 12 and studied jazz and classical music in college. He began focusing on the acoustic guitar in 1997 and formed De La Terra in 2000, a neuvo flamenco quartet, releasing their first album that same year. In 2002 Doug released "Nine Days Later", his first album of solo acoustic guitar music. International acoustic guitarist Peppino D' Augustino describes Doug as a "great player" with "great songs." His solo CD is a spectacular example of his craftsmanship as a composer and prowess as a player. With amazing finesse and artistry, he uses the guitar as a melodic, rhythmic and percussive instrument all at once.