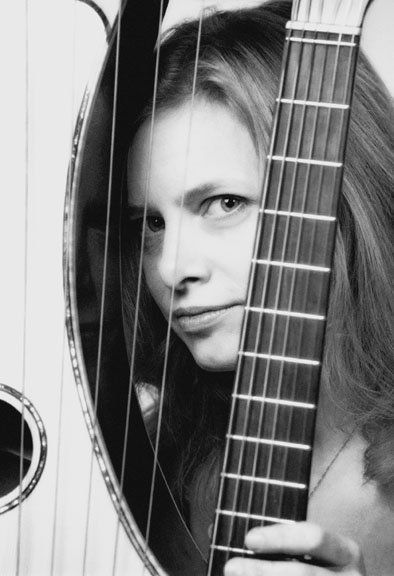 Widely respected as the premier woman fingerstyle guitarist on the scene today, Muriel Anderson is the first woman to have won the National Fingerpicking Guitar Championship. She is the founder of the "Muriel Anderson's ALL STAR GUITAR NIGHT."

From Bach to Bacharach Anderson has taken the music of her mentors, Chet Atkins and Christopher Parkening, and has combined them with a heart and a style that is uniquely her own. Mixed with a gentle sense of humour, her show spans the musical world from Japanese Koto music and Spanish flamenco to the Beatles, and to her own adventurous compositions.

A prolific composer, Muriel has recently completed commissioned works for the Nashville Chamber Orchestra and Vox Caelestis Women's Choir. She has released seven CD's in the US and three in Japan, two videos, and has authored numerous articles and instructional books. Her music for guitar and cello "Theme for Two Friends" has received widespread acclaim, and her "Heartstrings" cassette travelled as far as outer space, accompanying the astronauts on a space shuttle mission.

Muriel Anderson has founded a very active national charity to help provide musical instruments to young people. Many of her concerts benefit the Music for Life Alliance (https://www.musicforlifealliance.org)

For more info and recordings and upcoming performances, visit: http://www.murielanderson.com