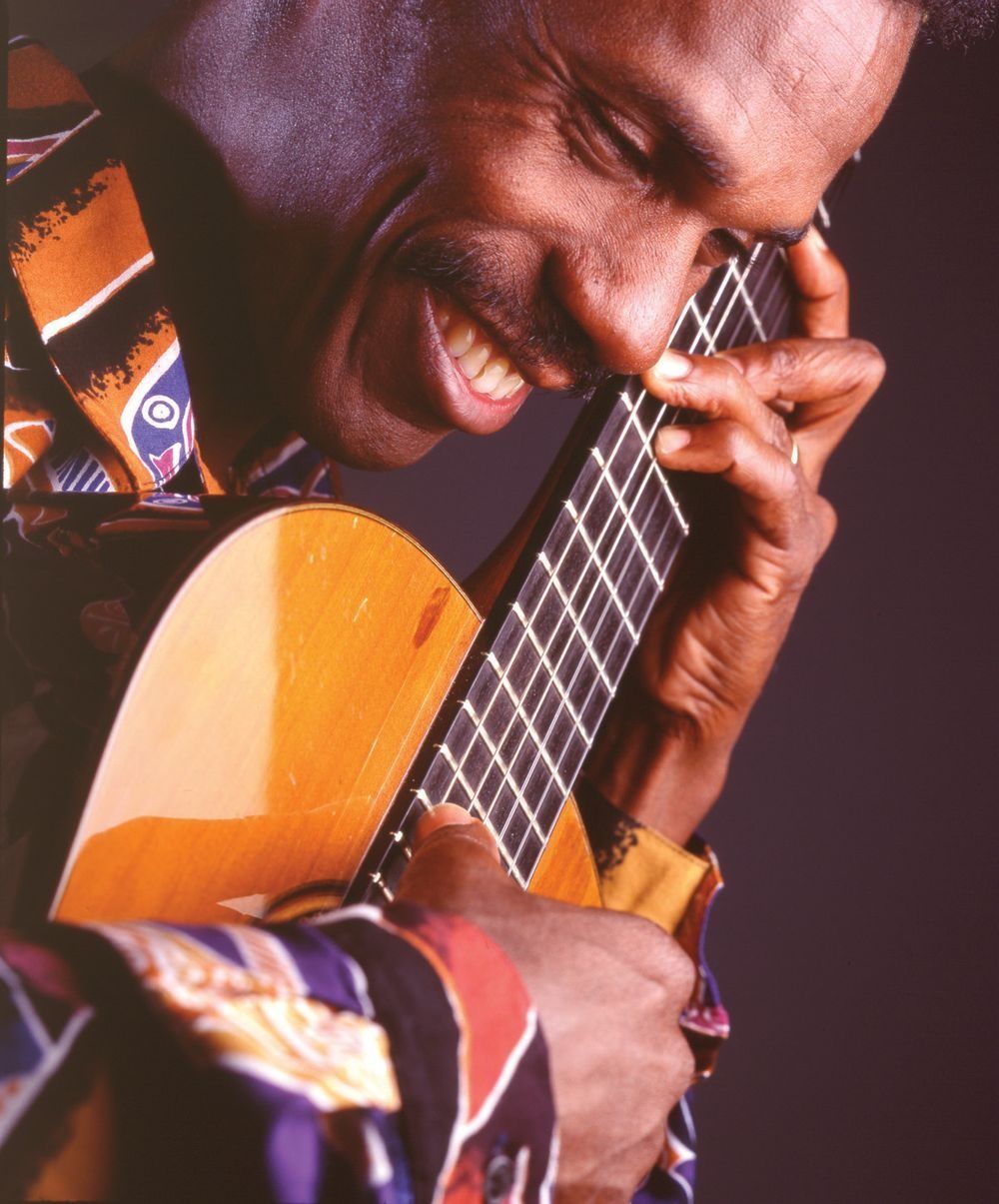 Virtuoso guitarist and percussionist, Celso Machado, brings joy to his audiences with his subtle mixture of musical inspiration, irresistible rhythm and inspired lunacy. He is widely regarded as one of the most versatile and exciting musician/composers of Brazilian music today. He has been trail blazing his way through the Canadian concert circuit for more than ten years. His guitar technique is but one of his passions; his gift for making music out of anything and everything around us is his mission in life.

Born in 1953 in Sao Paulo, Brazil, to a family of musicians, he began playing professionally at the age of 16. With a solo career in Brazil and several solo guitar recordings behind him, he toured Europe from 1983-1989 before immigrating to Canada.

His European tour led to the publication of his sheet music by Editions Henry Lemoine, Paris. As a result numerous artists have chosen to record his compositions and his works are widely taught in the French conservatories.

Celso has recorded with many Canadian, Brazilian and European artists but can best be heard on his numerous and exquisite solo recordings. His 1997 recording Varal was nominated for a Juno award in the best Global recording category.

Brazilian music has arisen out of various blends of African, Portuguese and Indigenous influences. While Celso's music is rooted in these rhythmic and melodic styles, it also reflects his incurable fascination with other world music traditions. He finds similarities between the music of southern Italy and northeast Brazil, the Egyptian Maqsoum and the Brazilian Baiao rhythm, the Moroccan Gnawa rhythm and Afoxe and Samba. Celso incorporates these influences into his own sound, his own unique contribution to the ongoing evolution of Brazilian music.

Stuart Tarbuck was born in Vancouver in 1952 (yes - a Vancouver original). At the age of 14, Stuart decided to pursue a career in music, so after graduating from high school in 1970, he began a music degree at UBC, where he studied voice. While there he developed an interest in audio recording, and spent two years as a student assistant for the Department of Music recording facility.

He graduated in 1975 and sang for a few years with the Vancouver Chamber Choir and the Vancouver Opera, as well as at Christ Church Cathedral, where he still sings. He has also sang with Phoenix Chamber Choir for over ten years. In 1978 he decided to start offering a recording service primarily aimed at classical musicians. His first commercial project was, appropriately enough, a guitar LP.

Over the years he has recorded albums for a number of local ensembles, ranging from mediaeval music for voice and vielle, bassoon and guitar, harp, to choral albums for Chor Leoni Men's Choir and Elektra Women's Choir, and a few "non-classical" projects such as Tum Balalaika Klezmer Ensemble and the Langley Ukelele Ensemble. He also does a fair bit of live concert recording and demo and competition work. In addition to his recording activities, he is also the Surtitles Coordinator for the Vancouver Opera, where he translates, creates and cues the surtitles for their productions.

Dan Ramsden has a Bachelor's degree in music from UBC and a Masters degree in Counselling Psychology. He has been a High School Counsellor for the last thirteen years. He is the Past President of the B.C. High School Guitar Teacher's Association and has been teaching Guitar classes with Surrey Continuing Education for the last eight.