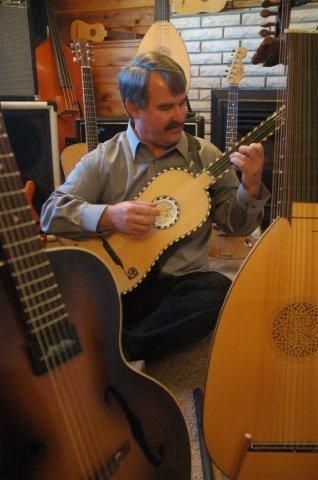 Frank Bliven, classical and baroque guitarist, renaissance and baroque lutenist, received his Bachelor of Music degree in classical guitar performance from the San Francisco Conservatory of Music in 1972. At the conservatory he studied guitar privately and in masterclasses with Michael Lorimer and the histor5y and literature of the guitar and related fretted instruments with Robert Strizich. He received his Master of Arts degree in classical guitar performance from Western Washington University in 1976, at which time he continued his studies with Michael Lorimer and also performed in a masterclass with Christopher Parkening. In the area of related fretted instruments, Mr. Bliven has received instruction from renaissance lutenist, Ray Nurse, renaissance and baroque lutenist, Eugen Dombois, and baroque guitar specialist, Robert Strizich. Frank Bliven's recitals and lecture/workshops given at colleges and universities each year include compositions and topics related to the fretted instrument literature from the Renaissance to the present.

Bruce Clausen began his varied career, in San Francisco's 1960s rock scene. For over twenty years now, he has been an active player and teacher in the Vancouver area, working in both the classical and jazz fields. He has performed with the Canadian Chamber Ensemble, Vancouver Symphony, Tudor Singers of Montreal, and with jazz greats Henry Mancini and Eddie "Lockjaw" Davis. Last season he played guitar with Vancouver Opera and banjo in "Ragtime". Now on faculty at KPU, he formerly taught classical guitar at U.B.C., and jazz guitar at Western Washington University and Vancouver Community College. Bruce is a graduate of the University of California at Berkeley and of the Conservatoire National de Musique in Nice, France. 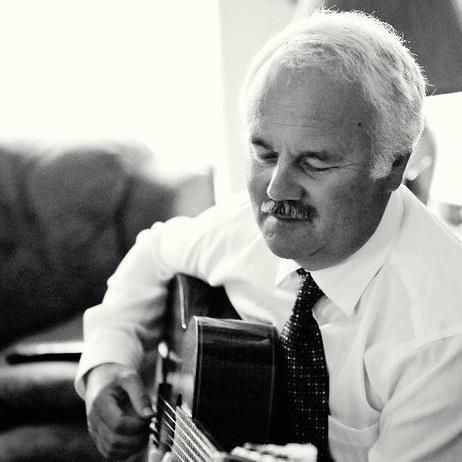 Tom Koven is well known and respected as a music instructor at Eric Hamber Secondary School in Vancouver. He has been teaching the guitar in the high schools for over twenty-five years and has presented workshops and lectures on the guitar for high school instructors at the British Columbia Music Educators Conference.